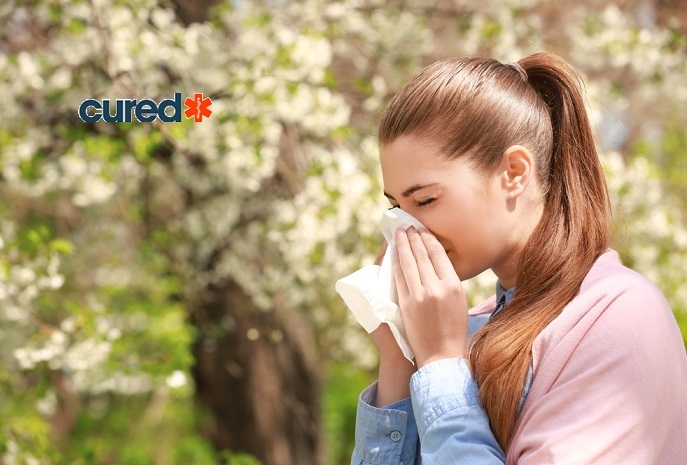 Allergies are extremely common yet there is much misunderstanding about what an allergy actually is. Put simply, an allergy is a condition whereby the body overreacts to a foreign substance. The body has an incredibly complex defense system that has evolved to keep disease causing organisms from damaging us. A major part of this system works on the principle of recognizing organic material that is likely to be dangerous and rendering it harmless. This process can be a very uncomfortable one though and the symptoms that we associate with many illnesses are not caused directly by the pathogens but by the body’s responses to them. The streaming nose, raised temperature, headache, and fatigue that can accompany a simple cold are all byproducts of the body’s immune system in action. An allergic reaction is one where the body’s defenses are activated, but where the allergen, the substance causing the reaction, doesn’t actually pose any danger.

Allergies can fall anywhere on a scale from mildly annoying to life threatening. The sneezing and itchy eyes caused by cat dander may be unpleasant, but within a short time away from the cause the symptoms disappear whereas an allergic reaction to a bee sting or peanuts can easily be fatal. In the case of cat dander either avoidance or an antihistamine will be enough to solve the problem but in the case of a peanut allergy major lifestyle changes may be required just to avoid coming into contact with the food, byproducts of the food or anything that has come into contact with the food. Eating out or shopping for food would become hugely complex matters. Chemical sensitivities are often mistaken for allergies as they can produce similar reactions. Antihistamines, the most common treatment option for allergies, will have no effect on the patient.