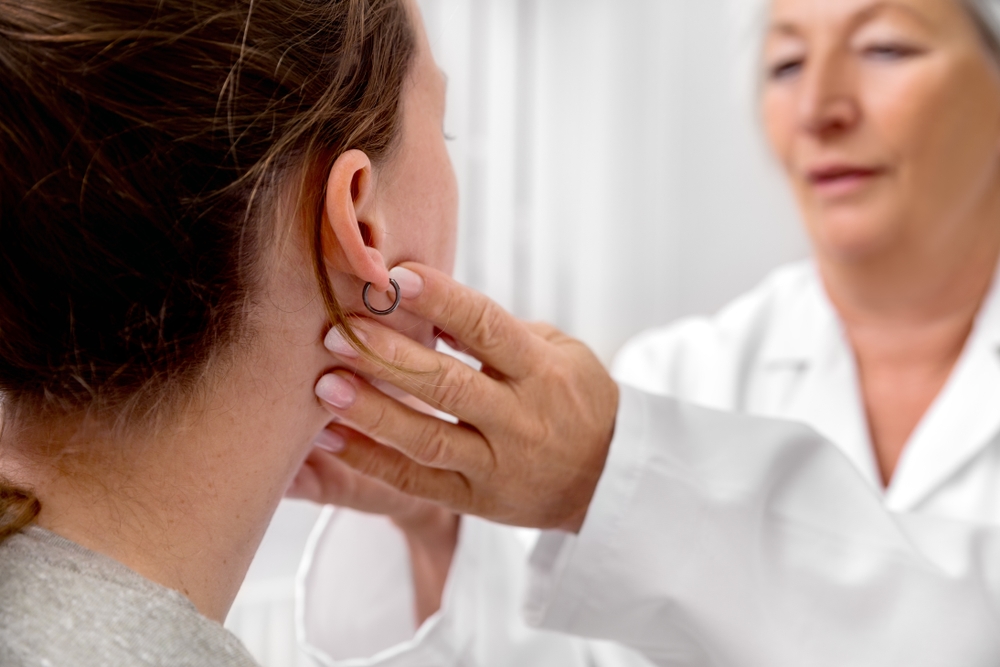 Hodgkin's disease is a type of lymphoma, or cancer of the lymphatic system. Also referred to as Hodgkin's lymphoma, the disease is common in young adults between ages 15 and 35 and those above 50 years. Preteens between 10 and 14 may also develop Hodgkinâ€™s disease. There is no known cause for the disease but it is more prevalent in people who were infected with Epstein-Barr during childhood. It is also common in people with congenital immune deficiency disorders. Patients with Hodgkinâ€™s disease will exhibit a variety of symptoms. These include swelling of the lymph nodes, itchy skin, fever, chills, loss of appetite, weight loss, night sweats, fatigue, pain in the neck, skin flushing, excessive sweating, clubbing of fingers or toes, hair loss and pain in the affected area after consumption of alcohol. You may not feel any pain in any part of the body but a combination of these symptoms should warrant a visit to the doctor. From the initial infected lymph node, the disease can spread to the liver, lungs or bone marrow.

To diagnose Hodgkinâ€™s disease, doctors run a biopsy. This involves removing some body tissue and checking it under a microscope. Different types of biopsy tests can be used for this. These are bone marrow biopsy or lymph node biopsy. Other procedures that can be used to check the severity of the disease are a PET scan, CT scans of the pelvis, chest and abdomen, blood chemistry tests and physical examination. The disease progresses in stages, so treatment depends on what stage the disease is at, at the time of diagnosis. During Stage I and II which are initial stages, local chemotherapy or radiation therapy can be used to treat Hodgkinâ€™s disease. In Stages III and IV, where the disease has spread considerably, chemotherapy alone is used. In some cases, it is used in combination with radiation therapy. When diagnosed early, Hodgkinâ€™s disease is curable.