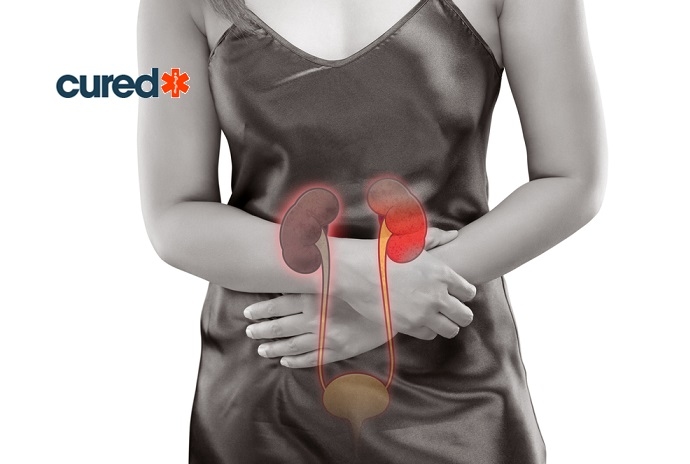 Acute renal failure or ARF refers to the condition in which the kidneys stop working suddenly. You may have serious health issues if your kidneys don't perform properly and waste products, fluids, and electrolytes accumulate in your body. This cause can result from an injury, extreme blood loss or an infection called sepsis, which may reduce blood flow to the kidneys. Continue reading to learn more about ARF and know the answers to the frequently asked questions:

What can cause ARF or acute renal failure?

Just as not having enough fluids in the body (dehydration) can cause kidney problems. Other than that, kidney damage is caused by infections, poisons, and some medications. People with long-term health problems who must continually take medicines are more prone to kidney problems resulting from drugs and diseases.

Some medications shown to have these side effects are aspirin, ibuprofen, blood pressure control medications, certain antibiotics, and dyes used to aid in x-rays. Finally, acute renal failure can be caused by a sudden obstruction that prevents the kidneys from removing urine. Sudden blockages can be caused by kidney stones, injuries, and more severe conditions such as tumors or an enlarged prostate (in men).

What are the risk factors for developing ARF?

There is a greater risk of developing acute renal failure in older persons with long-term health issues such as liver or kidney disease, high blood pressure; heart failure; and obesity. Patients who are already ill or have undergone heart or stomach surgery, as well as bone marrow transplants, have a greater chance of having kidney failure.

Other risk factors are:

What are the symptoms of ARF?

Some symptoms of acute renal failure may include the inability to urinate, excessive swelling in the feet and legs, nausea or vomiting, and pain in the lower back just below the rib cage.

Other agents that induce ARF include pesticides, herbicides, and ethylene glycol. Please remember that while the list of pharmaceuticals may look lengthy, many of these medications will only create problems if administered unsupervised or over an extended period.

Nonsteroidal anti-inflammatory medicines should be avoided if possible and should not be taken without a prescription.

What is End-Stage Renal Disease (ESRD)?

End-stage renal disease (ESRD) occurs when kidney damage has progressed to dialysis, or a kidney transplant is required to manage symptoms and prevent complications and death. ESRD frequently develops when renal impairment is evident for ten years or more. The most prevalent causes of ESRD are diabetes and high blood pressure.

The ability of the kidneys to filter wastes from the blood can be used to determine renal failure (Glomerular Filtration Rate, or GFR). ESRD develops when the GFR decreases 10% to 15% below what is predicted in a person with normal renal function. Heart failure is a common cause of mortality in persons with end-stage renal illness.

What exactly is a uremic syndrome?

Uremia is a potentially fatal consequence of chronic renal disease. It happens when urea and other waste products accumulate in the body because the kidneys cannot remove them. When these compounds reach large concentrations, they can become dangerous (toxic) to the body. Prolonged or severe fluid accumulation (edema) may aggravate the uremic syndrome. Uremic syndrome can affect any region of the body and result in the following symptoms:

Is it possible to treat acute renal failure at home or with surgery?

Acute Renal Failure has no home therapy (ARF). In case of a blockage in the urinary system (stones, tumors, or abnormal prostate enlargement), surgery can be used to alleviate this and so improve the acute renal failure scenario. However, no surgical therapy is available for Acute Renal Failure (ARF). Short-term dialysis may be necessary until the kidney heals completely.

Is it possible for acute renal failure to progress to chronic kidney disease?

This is a rare occurrence. If this occurs, your nephrologist may discuss kidney transplantation with you.

What exactly is hemodialysis, and how does it relate to acute renal failure?

Hemodialysis is a mechanical process that does some of the work healthy kidneys do. Hemodialysis filters remove excess fluid from the blood, restore the right balance of chemicals in the blood, and eliminates extra fluid (edema) from the body by pumping blood through an artificial membrane (dialyzer).

Yes, severe or unexpected dehydration can result in renal failure. When dehydrated, the body cannot efficiently circulate blood and waste. As a result, waste products such as creatinine and urea nitrogen build in the body, potentially leading to difficulties. However, kidney problems caused by dehydration can be effectively cured if recognized and addressed early.

Acute renal failure is a severe condition, and you must seek your doctor's consult in case of any doubt. We like to update you on tips on a healthy lifestyle and diet. Follow Cured.com for more information on how to live a healthy and more fulfilling life.