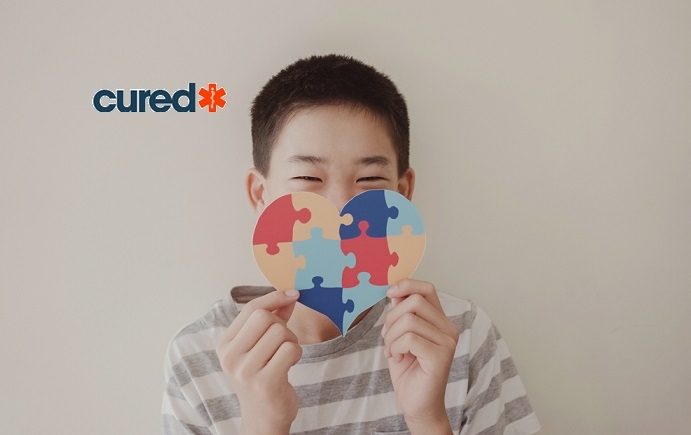 In CDC statistics, boys are diagnosed more frequently than girls with Autism Spectrum Disorders (ASD). The boy-to-girl ratio for 8-year-olds in 2016 was 4.3-to-1, According to a study conducted in 11 cities throughout the United States. The study found that one out of 54 participants had autism spectrum disorders.

Autism cases are increasing, according to some reports. Environmental factors are considered to be the cause of this increase. Nevertheless, experts disagree whether the number of cases has increased or if more diagnoses of the disorder are appearing more frequently.

The causes of autism are not conclusive, but a variety of factors may contribute to the condition.

Certain studies indicate that brain structure and chemical composition may differ in people with autism.

It is also possible that genetics play a role. It has been found that if one of two identical twins has autism, the chances of the other twin having it are 90% higher. Compared to the general population, siblings of people with autism are more likely to suffer from the condition. Autism risk genes have been identified in the research.

ASD is more likely to develop in children who are exposed to pollution and toxins while they are developing. Likewise, low birth weight, maternal illness, difficulties during birth, and a father's age at conception may all occur before and during birth.

Children with autism are most likely to have difficulty interacting with others. Smiling, vocal games or other stimuli around them won't engage babies or infants. The eyes of a child are not drawn to other people or make eye contact with them. Children with autism have trouble understanding and expressing facial expressions and body language. As a result, they may also be unable to develop relationships with others emotionally and socially.

Language skills are difficult to develop in children who have autism, and they often don't initiate conversations. The fact is, an individual with autism is not uncommon for them to repeat phrases they hear in conversation or have heard in the past.

Other behaviors associated with autism show this tendency to repeat. Several motions or movements, such as flapping hands or twisting my body, will be repeated repeatedly. As children learn and imitate the action, they do not engage in imaginative play. In order to play on the phone, a child will act out in exactly the same manner the next time - by dialing, talking, and hanging up. The repetition of a learned behavior does not indicate an active imagination, rather it indicates a repeated behavior. Children learn in an unpredictable manner - what seems learned one day may be forgotten another.

A child with autism often prefers to keep an orderly environment around himself or herself. When a child plays, one may observe a toy's texture, smell, or color rather than its function, instead of lining it up. Routines are very important to people with autism, so serving a meal 5 minutes late can lead to a tantrum and cause a behavior disorder. An object moving out of its usual place can cause extensive distress, and the reaction will only stop when it is returned.

As much as autism may cause developmental impairment, people with autism might also have particular strengths that are different from one another. In addition to musical and mathematical abilities, others may have certain strengths.

In addition to gastrointestinal problems like abdominal pain, constipation or diarrhea, and gastroesophageal reflux, autistic children may suffer from other health issues, such as insomnia, sleep disorders, and altered sleep patterns. The prevalence of self-injury among autistic children is quite high.

It is difficult to test whether or not a child has autism due to the lack of a well-identified cause. A physician, psychologist, or psychiatrist can identify a child with autism based on social difficulties, behavior patterns, and poor communication. A child diagnosed with autism is usually 3 years old. Diagnoses are based on these factors:

As far as autism is concerned, there is no cure. An aggressive or self-destructive behavior can be treated with medication. This disease cannot be treated with specific medications because so little is known about its causes.

A behavioral intervention or modification is the most effective form of treatment. Language and social skills are usually developed through highly structured programs. It is best to start therapy as early as possible. Parents, teachers, psychologists, speech pathologists, and occupational therapists as part of a multidisciplinary team are essential for autism patients. A team of healthcare professionals and individualized treatment are essential for each child.

As children progress to adulthood, their language and social skills may improve due to early treatment that is maintained over time. Through improved communication and meaningful daily experiences, autism patients' quality of life can improve.

ASDs often require medication, including stimulants, mood control medications, epileptics, and other brain disorders. Aside from managing specific symptoms or behavioral problems, these drugs are used to treat other conditions as well.

How can autistic people get support?

ASD cannot be cured. Some autistic individuals can benefit from supportive therapies or other considerations. Therapies that are used in many approaches include:

Research and the financial costs of alternative therapies should be balanced before parents and caregivers invest in them. If you have any doubts, it's best to speak with a healthcare professional.

Is it possible for a diet to affect autism?

Autistic people do not have a specific diet. While some autism advocates are seeking to minimize behavioral issues while increasing quality of life and quality of life for their children, dietary changes may be a worthwhile option.

Keeping artificial additives to a minimum is the foundation of the autism diet. Among them are:

Whole foods may instead be used as part of an autism diet, such as:

A gluten-free diet is also supported by some autism advocates. Among the foods that contain gluten are:

There are advocates who believe gluten has the potential to cause inflammation in some autistic people, and that it has adverse bodily reactions. Researchers have yet to establish a conclusive relationship between gluten and autism, as well as casein, a protein that is also known as gluten.

Studies and anecdotal evidence suggest that diet may help improve symptoms of attention deficit hyperactivity disorder (ADHD) when used in conjunction with autism.

The ability to teach and grow your child is already within your responsibilities as a parent. If you are concerned about your child's behavior, behavior, or language, contact your child's doctor.

Ask your doctor for a referral to a specialist who can perform a more thorough evaluation of your child if you are still concerned. They can carry out a more in-depth examination and make a diagnosis after doing a more detailed evaluation. Additionally, you should contact your state's public early childhood system for a free evaluation, also known as a Child Find, to determine whether your child qualifies for intervention.  Calls like this are not required to be made with a doctor's recommendation.