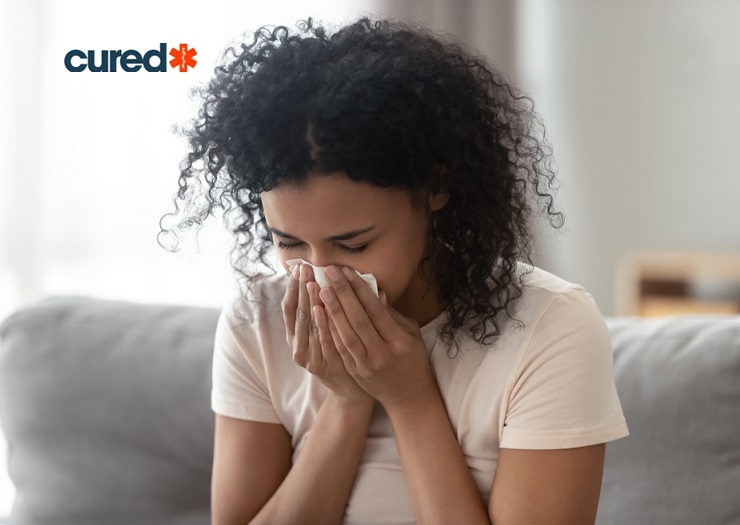 As the weather turn little warm, a sign of the onset of hay fever; which is a significant source of discomfort. Although, hay fever is commonly associated with Spring, the recent warm, sunny, and windy Summer has made many people sick from its symptoms.

What is Hay Fever?

Hay fever is the common name for the condition seasonal rhinitis, which commonly occurs in Spring season, however, it can be occurred at different times of the year. The symptoms depend upon where you live and what things you are allergic to. Seasonal rhinitis is a response to a pollen however with perennial rhinitis, which occurs throughout the year, dust mites and domestic pets are the most common culprits.

What are its Symptoms?

The most common symptoms for hay fever include a runny, blocked nose, watery and itchy eyes, excessive sneezing and an itchy throat. The symptoms become more severe when the pollen count is high. Due to the nature of the symptoms and the resulting feeling of exhaustion, symptoms are often confused with a common cold. An easy way to tell the difference between the two is to look at the colour of your nasal mucus; if it is transparent, there are high chances of you are getting affected from hay fever.

Hay fever symptoms appear when grasses and flowering plants begin to pollinate in response to the warmer weather. Pollens travel long distances in the wind, especially in low humidity and when they enter through the throat, eyes or nasal passages, it activates an immune response within our body. Subsequently, cells release a substance called histamine, which causes the symptoms associated with hay fever. An overactive immune system contributes to the intensity of hay fever symptoms however there are other individualised factors. If you do suffer from hay fever, there are ways you can support your body’s ability to deal with the onset of pollen.

Drink water as much as you can

As we all know that water is life-saving source and increasing the water intake enables your body’s capacity to flush out excess histamine and reduce hay fever symptoms. Squeeze lemon into your water to increase your intake of bioflavonoids; as these have a powerful anti-allergen effect and for more effective results, make a hot lemon and honey drink. Pollen levels are highest in the morning, and bee pollen found in honey helps to desensitise your body to other pollens, especially if sourced locally. Propolis, a natural substance from bees can also be taken in tablet form to further reduce symptoms.

Applying coconut oil around and inside the nostrils could help to combat hay fever and significantly reduces symptoms. Coconut oil traps the pollen, stopping it from entering the nostril and nasal passage; this will reduce the body’s immune response. Apart from coconut oil, a support of firm and good nutrition may help you to recover quickly and decrease the intensity of symptoms. Decrease inflammatory foods such as sugar and refined carbohydrates, and increase anti-inflammatories such as omega 3 from Fish Oil. Increase whole foods, particularly dark leafy greens, and foods high in both Vitamin C and bioflavonoids such as broccoli, kiwifruit and citrus fruit, to provide further immune protection and antioxidant support. If you have a palate for spicy food, the active component found in red and chill peppers, capsaicin can also relieve congestion and painful sinuses.

Balancing the immune system is a key to managing hay fever. PRP (Proline Rich Peptides) found in Immulox, has the ability to balance an underactive or overactive immune system; which may reduce your body's initial immune response to pollen. 80% of your immune system is located within the gut itself, making long-term gut health key for allergy relief. Pre-and probiotics such as kefir, yoghurt and sauerkraut help to both multiply and balance the gut flora; aloe vera supports the health of digestive system, providing a balanced immune system.

Although raw onions are not the friendliest of vegetables, they do contain ten times as much quercetin as broccoli. Quercetin is a natural antihistamine and slicing raw onion into salads is the best way to enjoy it. Garlic is another source of quercetin and like onions, is a natural anti-inflammatory that produces a decongestant effect. Allergy Check is a fast-acting formula containing quercetin alongside a combination of herbs and nutrients that reduces both seasonal and perennial rhinitis for year-round relief.

There are many plants and flowers responsible for causing hay fever, however, pine trees are common suspect of hay fever and their yellow pollen can be seen intensely spread over trees, cars, and water. If you suspect what you are allergic to is likely to be in flower, you can view an allergy calendar here, and plan ahead, before your symptoms occur. If you want to contribute some valuable suggestions or information to this article, do not hesitate to comment below, your suggestions and valuable information are always welcome.