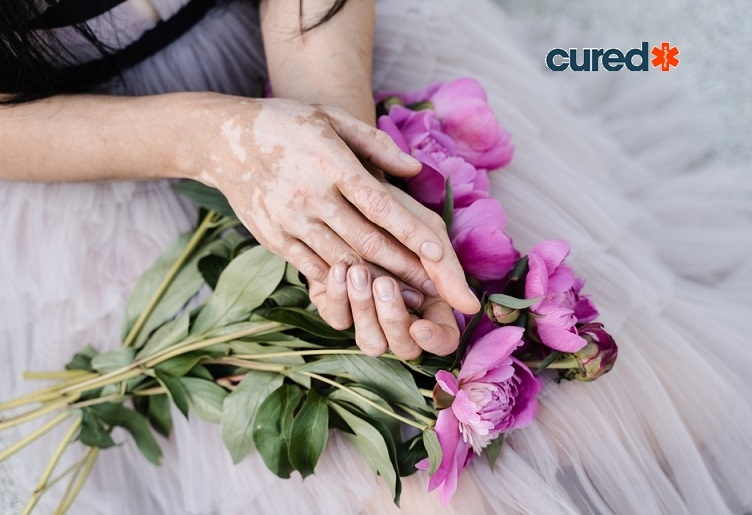 As per an estimate, about 1.5% of people in the world are affected by Vitiligo . Vitiligo causes great psychological stress and embarrassment to the patient which can be more painful than any physical pain. The condition thus, besides being a medical problem, also becomes a social stigma.

Vitiligo or Leucoderma is a pigmentation disorder in which melanocytes (the cells that make pigment) in the skin are destroyed. As a result, white patches appear on the skin in different parts of the body. Similar patches also appear on both the mucous membranes (tissues that line the inside of the mouth and nose), and the retina (inner layer of the eyeball). The hair that grows on areas affected by Vitiligo sometimes turns white. The most widely accepted view is that the depigmentation occurs because Vitiligo is an autoimmune disease - a disease in which a person's immune system reacts against the body's own organs or tissues.

The Causes and Symptoms

The exact causes for destruction of melanocytes which results in vitiligo is unknown. Vitiligo is also not caused by any germs. Part of the possible reason for Vitiligo includes:

Hereditary factors -  Genes that play a role in the immune response are one of the established causative factor for vitiligo. Round 30 percent of patients have a hereditary history of vitiligo.

Nervous secretion -  Researchers have also collected evidences that destruction on melanocytes could be related to the release of toxic chemicals from nerve endings in the affected areas.

Other triggers - Researchers also suggest other external triggers like injury to skin, sunburn, mental distress and physical Illness as possible causes of vitiligo. Vitiligo is identified with the symptoms like

Copper treated water - Drink water kept in a copper utensil overnight. This is known to have a stimulating effect on the melanocytes and thus helps in increasing melanin production.

Turmeric - Take 5 teaspoons of turmeric powder and mix in 250 ml of mustard oil and apply on the white patches of skin, twice a day. Use this treatment regularly for one year

Diet - If vitiligo is caused by nutritional deficiency, regulation of diet becomes of prime importance. The dietary regimen should include food rich in vitamin B9 and b12

Conclusion - Technically speaking, re-pigmentation or a total de-pigmentation does not cure vitiligo. All methods simply tend to conceal these patches. While there have been several cases of total re-pigmentation, a complete vitiligo cure that addresses the root causes of vitiligo has not been discovered yet.