Iron Deficiency Symptoms & How to Treat 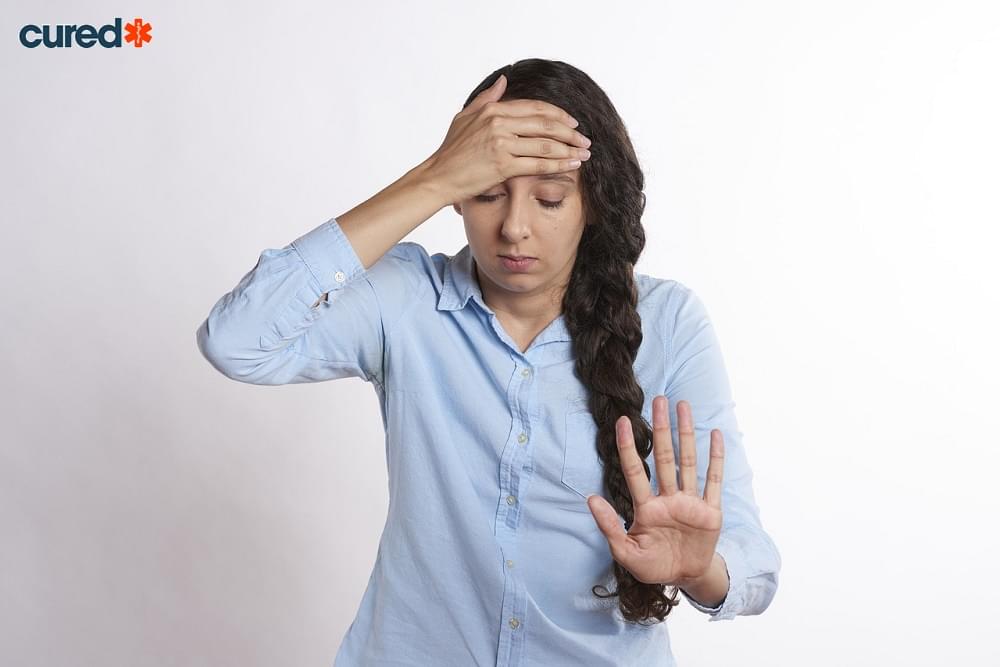 Iron deficiency may not be identified as the effects are only mild initially. But, as with time, the level of iron depletes gradually — the signs, and symptoms of deficiency start intensifying.

Iron deficiency causes the most common type of anemia: it is a condition when the level of healthy red blood cells (which is responsible to carry oxygen to different parts of the body) goes considerably down in the body.

This is the reason that the person feels tired all the time, at the time of iron deficiency anemia.

When your body is not supplied with enough iron (a mineral), it suffers iron deficiency.

This happens because hemoglobin production in the body takes place with the help of iron.

Hemoglobin is a kind of protein present in the red blood cells, which helps in the transfer of oxygen throughout different parts of the body.

Therefore, the low production of hemoglobin interferes with the transfer of oxygen to different parts of the body. Consequently, your body does not work efficiently as it must. This whole condition is called iron deficiency anemia.

However, there are different forms of anemia, but iron deficiency anemia is the most common. There could be different causes of anemia including poor dietary habits, pregnancy, blood loss during periods, internal bleeding, and inflammatory bowel disease.

No matter what the cause of your iron deficiency is, it can adversely affect every area of your life. You’ll end up being less productive, tired, and it can also affect your overall quality of life.

Let’s read the full article to know about the common symptoms of iron deficiency. Here we go:

One of the most common iron deficiency symptoms include. “The feeling of extreme tiredness” all the time. This symptom is present in more than half of the people affected by iron deficiency.

And, as explained at the beginning of this post, this happens because the body is no longer able to supply oxygen sufficiently to different parts of the body due to low levels of iron and hence hemoglobin.

Hemoglobin is responsible to carry oxygen to different parts of the body.

Along with tiredness, many people also feel weakness, problems in concentrating, and poor productivity.

To summarize this, we may say that tiredness is one of the major symptoms of iron deficiency. This happens because oxygen does not reach different parts of the body as required causing low energy.

If you are getting headaches regularly these days — you must get yourself tested for iron deficiency.

In some people, iron deficiency also causes regular headaches & dizziness however, this symptom is less common than tiredness and others.

Iron deficiency causes low production of hemoglobin, which affects the transfer of oxygen to different parts of your body. Since your brain does not get enough oxygen — some vessels in the brain swell up causing pressure and hence headache.

It is important to mention here there could be various causes of headache, however, if it's occurring frequently it could be due to iron deficiency.

If you have quite recently noticed that your hair & skin looks dry & damaged — it may be the effect of iron deficiency.

This happens because of not enough oxygen reaching skin, and hair tissues making it dry and weak. Because of iron deficiency and low production of hemoglobin, oxygen does not get its way to different body tissues.

In case of severe iron deficiency, it may cause hair loss. It is normal if you are losing a few strands of hair every day on washing or brushing, but if it's unusually falling — this may be due to iron deficiency.

In nutshell, iron deficiency causes your hair to look dry and weak because of less oxygen reaching hair & skin tissues from the blood. In severe iron deficiency, it may lead to unusual hair loss.

Other common symptoms of iron deficiency are Pale skin and paleness of the inside part of the lower eyelid. RBC’s hemoglobin is responsible for the red color of the blood — when the body is iron deficient, hemoglobin production is less, as a result of which the original rosy color of the skin disappears slowly.

People with iron deficiency will not have usual healthy skin with paleness prominently visible throughout. This paleness may be prevalent through the body or may be limited to one part of the body like face or eyelids, or maybe nails.

Most often doctors will look for some of these symptoms, and that can further be confirmed through a blood test. Paleness is often visible in moderate to severe cases of anemia.

Indication: Upon pulling your lower eyelid down, you’ll see that the inside layer is either very pale pink or yellow colored — this indicates iron deficiency.

Hemoglobin helps red blood cells to carry oxygen through different parts of your body. During iron deficiency, your body lacks hemoglobin and thus, low oxygen levels. Due to this, you would suffer shortness of breath making it difficult in walking and carrying out normal everyday activities.

When your body makes an effort to get more oxygen, the breathing rate increases unexpectedly. This is why shortness of breath is often a major symptom of iron deficiency.

If you have started recently noticing shortness of breath while trying to do normal activities like climbing stairs or walking then iron deficiency could be the reason. Get yourself tested. Keep a check on your daily diet.

Some other common reasons for iron deficiency:

What Immediate steps to take if you are showing these symptoms:

If you have all the above symptoms or a combination of a few, you must revisit your daily diet and add some iron-rich food to it. Here’s what you can eat to fight iron deficiency:

Increase the intake of iron-absorbing nutrients.

Consult a specialist if it persists.

If you feel that the iron deficiency symptoms are persistent, and it cannot be cured with dietary changes, you must see a doctor. This will help you get a better understanding, and your doctor may suggest supplements based on your blood test report.

Note: Taking supplements may have some side effects including black stools, constipation, stomach pain, and heartburn. However, these side effects will go after some time.

The most common form of anemia is caused because of iron deficiency. The kind of symptoms you are experiencing will depend on the severity of the deficiency. Some people may be asymptomatic, others may have some obvious symptoms. Some common iron deficiency symptoms include unexplained tiredness, paleness, unhealthy skin & hair, headache, dizziness, restless legs, and spoon-shaped nails.

Self-diagnosis is not the ideal way of treatment. You must see a doctor if you are showing these symptoms. If you follow these steps, iron deficiency can be treated very easily with proper dietary changes and supplements (in case your doctor suggests).