5 Foods that Can Deteriorate Your Cognitive Performance 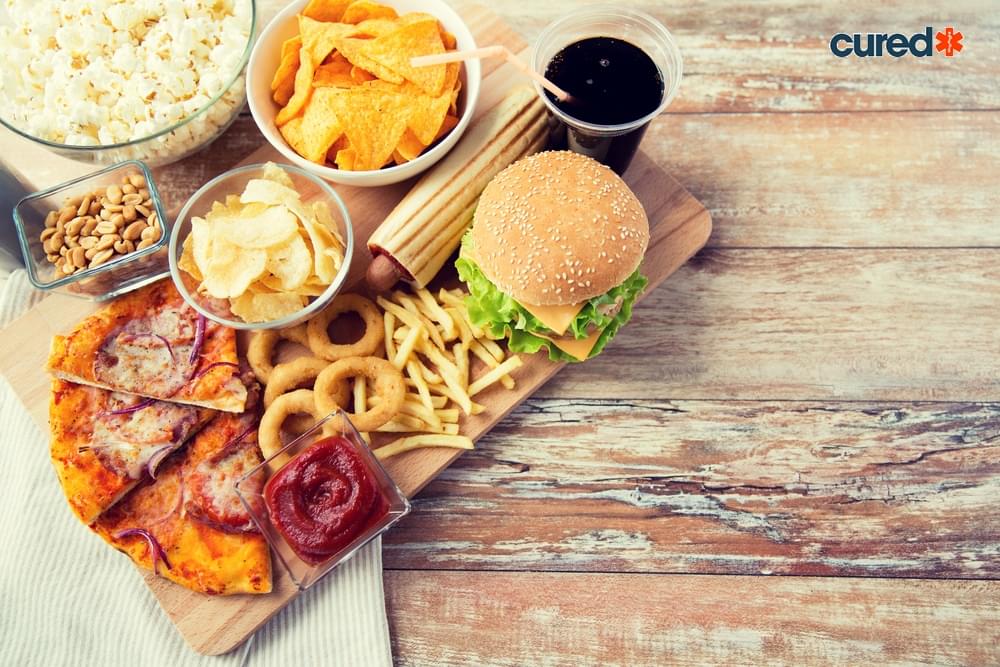 As they say, “you become what you eat.” The saying is indeed true at least in case of your brain functioning. Your brain becomes what you eat.

A healthy diet is crucial in helping your brain function ideally. While healthy eating can help your brain fight various cognitive conditions like dementia, an unbalanced platter of diet can cause serious mental illnesses like Alzheimer’s & loss of memory.

Per a study, almost 65 million world population is going to be affected by dementia by 2030. But, there's definitely nothing to worry about — you can cut out intake of certain foods from your diet and ward off any chances of dementia or any other mental illnesses.

Here are five foods that can deteriorate your mental health to a level, you have never thought about:

We all know this — even if you are a regular fast food person — you know that it is not good for your health. But, do you know that fast food can deteriorate your mental health to a level that it causes brain issues like Alzheimer’s & dementia.

Fast food contains saturated fats that can cause your body to fight plaque that causes Alzheimer’s. Also, fast food has high sodium content that can cause, your brain to deteriorate immensely and memory can immediately deteriorate.

If you have been facing issues concentrating on your work or study just after having your meal (your fast food), then it’s about the food that you ate before. If you cannot stop yourself from going to the restaurants with your friends, you can have grilled chicken sandwiches or salad. This will keep a check on your brain health by reducing sodium intake.

This is one bad habit that is common in a lot of people. Fruit juice, sports drinks, soda, and energy drinks are all sugary drinks. Not only too much consumption of sugary drinks increases the dimension of your waistline, but it also makes the individual prone to type-2 diabetes & other heart diseases. Above all, they also make your brain vulnerable to various mental health issues.

Consuming too many sugary drinks can lead to Type-2 Diabetes, which can cause you to suffer deadly Alzheimer’s disease. And, even in people who are not suffering from any form of diabetes can fall prey to dementia. High-fructose corn syrup (HFCS) is the main component of any sugary drink, which is 45% glucose & 55% fructose.

And, as we know a high intake of fructose causes various conditions like diabetes, obesity, high blood pressure & various brain dysfunctioning issues like dementia. Consuming high amounts of fructose on a daily basis can also cause damage to memory, reducing the ability to learn & reduce the formation of neurons.

We cannot deny the fact that fast food satiates your taste buds, but they can cause harm to your cognitive performance similarly. Not only fried foods are all loaded with calories & fats - but they can also cause inflammation in the brain. This can further cause brain fog & loss of memory. In addition to that, eating fried foods cause weight gain, which further causes an array of diseases including deterioration of your brain health & cognitive performance. It is great if you could eat more grilled meat, veggies, baked food, and potatoes in place of fried food.

Refined Carbs are those foods that contain sugar & the ones that include deeply processed grains like white flour. These carbs are high on the glycemic index (GI), which is not good for your brain functioning. Because of the high glycemic index (GI), your body abnormally digests Refined Carbs very quickly, which further results in increased blood sugar level, which means an increased level of insulin in the body.

In addition to that, Refined Carbs will have a high glycemic load (GL) when eaten in high quantities. GL is actually the amount of certain food that can raise the blood pressure level in the body. Per experts, high-GL is dangerous for your brain. Researches have shown that high GL can affect badly the brain of both adults & children. Eating too much of Refined Carbs can affect your brain adversely, and also the way you respond to hunger. In more adverse situations, high GL can also lead to dementia & Alzheimer’s disease.

However, a couple of scientific revelations have established that a glass of wine every day can have a multitude of health benefits. But, more than the benefits, it causes loss to your brain functioning. It can lower down the cognitive performance to a level you can’t believe and can cause unbearable loss to your overall brain health. Per a study that was conducted on dementia patients, the majority of patients had fallen prey to dementia because of alcohol consumption or due to some alcohol-related disorders. And, particularly most of the early-onset patients of dementia are the ones suffering from alcohol addiction.

As we say “eat healthy, live healthy, be healthy”! Your eating habits can have a tremendous effect on every part of your body — in fact on every aspect of your body. If you are really struggling with memorizing things and forgetfulness, you must revisit your daily diet as to what you are eating on a daily basis. Bring out a simple change & you’ll feel the difference instantly. Limit the intake of foods that are unhealthy for your brain including Alcohol, Refined Carbs, sugary drinks, fried foods & fast foods. This simple change in your diet can make a huge long-term difference, and keep you at bay from deadly diseases like Alzheimer’s and dementia.