Everything about Agoraphobia: Symptoms, Cause, Treatment 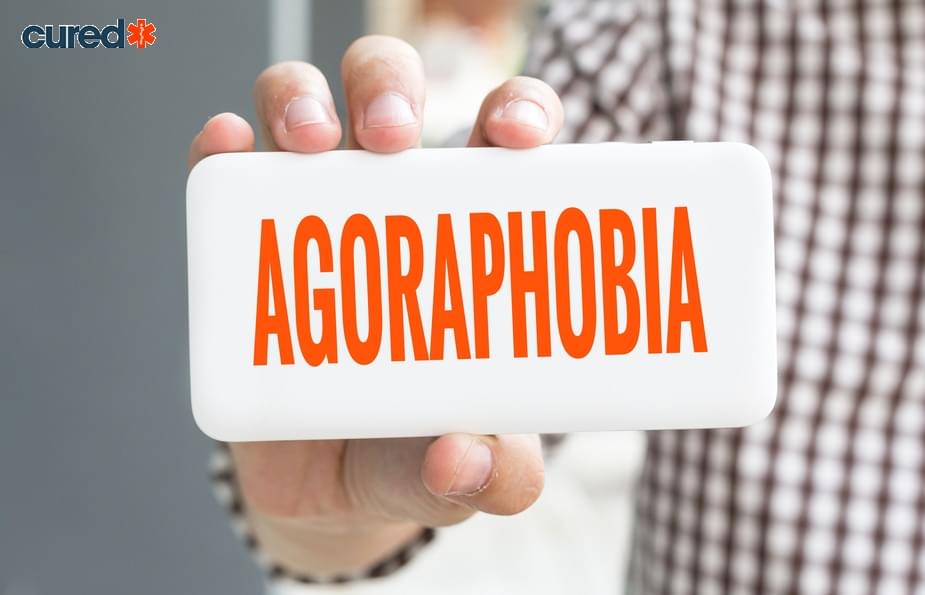 Agoraphobia is a type of anxiety disorder where the affected person experiences an extreme fear of crowded places. Some people suffering from Agoraphobia would tend to avoid being in places that can make them feel trapped or embarrassed.

The person is extremely fearful about a situation like standing in a queue or using public transport or maybe in an enclosed space. The person becomes anxious fearing the situation where there would not be a vent to escape if for some reason they get trapped.

The affected person often avoids going to the place where the panic attack had taken place previously as it causes anxiety about falling prey to another attack.

The Agoraphobic person struggles feeling safe in a public place alone (particularly at a place where there’s too much crowd). These people would always need someone alongside.

But there is nothing to worry -- it is curable. With proper diagnosis & treatment, the person can get rid of such a situation. Let’s learn about Agoraphobia in a little more detail. Here we go:

Agoraphobia is a condition in which the affected person tends to avoid situations & places in which they get to experience — panic, embarrassment, helplessness, anxiousness, or feeling of being scared. A person with agoraphobia may sometimes experience nausea or rapid heartbeat - much before the actual situation.

In the worst-case scenario, the affected person might avoid going to the grocery shop or a nearby shop. They would rather prefer being at home.

Per the NIMH (National Institute of Mental Health) reports as much as 0.8 of people in the United States are suffering from Agoraphobia. Out of this, 40 percent of the patients are severely affected — this number is quite disturbing.

Agoraphobia can cause disability in severe cases. However, the person suffering from agoraphobia realizes that the fears have been harboring for so many years makes no sense, but they are unable to get rid of this fear.

Getting help from experts is important as it can interfere with the person’s professional & personal life. It can deteriorate once the performance level in their academics or at the workplace.

It is advised that if you are experiencing any such issue, you should immediately seek help from an expert. Systematic treatment would help in improving your quality of life.

The typical symptoms of Agoraphobia include:

People suffering from agoraphobia will get panic attacks in an uncomfortable or stressful situation.

While we have no clue of the root cause of agoraphobia, yet, we have a knowledge of the factors that can make you prone to the condition. Let’s see what those factors include:

At what age Agoraphobia symptoms emerge?

Any psychiatrist can help with the diagnosis of agoraphobia by administering certain health assessment tests based on the symptoms you are experiencing. The diagnosis by the health profession would be based on the following symptoms:

The treatment usually includes medication, therapy sessions, or both. In most of the cases, experts prescribe a combination of both — therapy & medication. This kind of treatment is found to have a greater & long-lasting impact.

Some of these suggested lifestyle changes include:

The people who suffer from agoraphobia are extremely fearful of being in crowded & enclosed spaces. The root cause of agoraphobia is not known — yet, it can be treated with proper diagnosis & treatment. When diagnosed at an early stage, treatment is faster & easier. The person suffering from agoraphobia might face problems in carrying out their everyday activities. If you are experiencing the symptoms do not hesitate in seeking help. Although there is no dedicated treatment yet professional help can relieve the symptoms and enhance the overall quality of life.