12 Foods That May Trigger Migraine Headaches 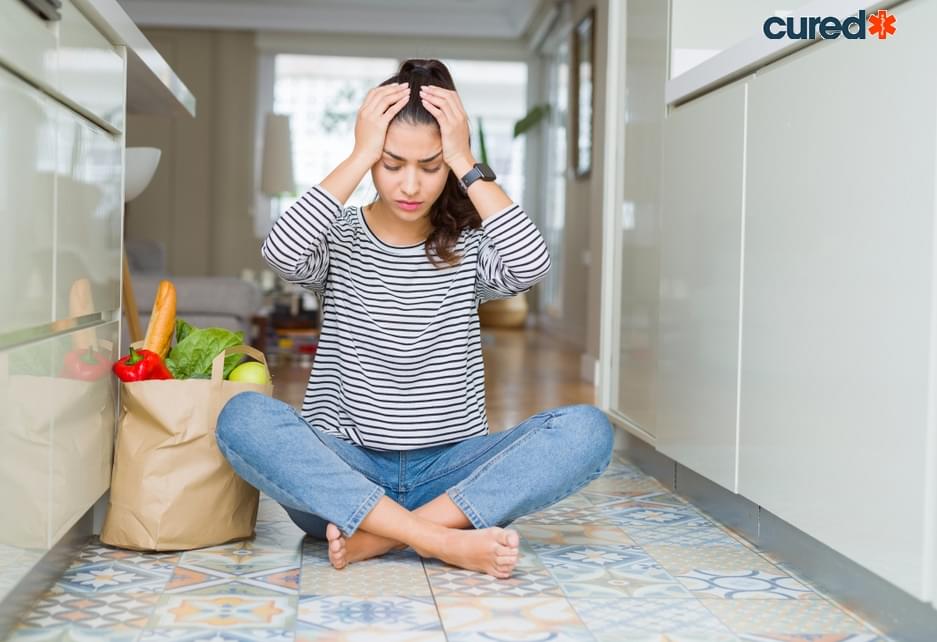 Migraine can be as enfeebling as it could make you feel & look sick. Those who suffer from migraines can only understand the pain it causes. It can make you feel helmed by painful misery as long as it stays.

Migraine is different from a common headache in a way that -- it can be way more physically disturbing & can last for long as compared to any other common headache. Let’s talk about migraine & its -- triggers, treatment, foods -- in a little more detail.

What is Migraine and how does it feel like?

Migraine is quite a common disorder and can be triggered due to a number of events & can even be caused due to certain foods.

You can be sure that it’s a migraine when there is a strong regular throbbing headache that lasts for as long as three days. Migraine causes pain in a series of regular beats. There are a number of symptoms -- you can observe to distinguish between normal headache & migraine.

The most dominant symptoms involve headaches on only one side of the head. Other strong symptoms include nausea, hypersensitivity to sounds, smells & light. In some people, migraine can also cause visual disturbances that will appear much before migraine starts, which is called auras.

As many as 21 million people in America suffer from migraines per study. And, it has been found that a higher percentage of women are affected as compared to men.

There are a number of triggers of migraine ranging from -- hormonal changes to stress & can even be caused by dietary changes.

As much as 30% of those who suffer from migraines say that it is caused due to certain foods. Dietary triggers in some people have also been proved by certain researches.

This article has been created as an account of foods that can act as triggers for migraine in some people. Read the complete article to find which foods may be acting as a trigger for your frequent migraines.

However not all the alcohols do not cause migraine, but it has been found that beer and red wine acts as a trigger for migraine.

Fermented beverages can cause headaches, which may last for a longer period. sulfites contained in wine can cause migraine faster than you can even imagine. So, even if you are looking out, include alcohol in your diet -- make sure that it is sulfite-free.

It has been found that five percent of people who suffer from migraines develop a headache when they consume processed meat products. Researchers have found that -- it is the preservatives present in processed meat including potassium nitrite & sodium nitrite triggers headache.

These preservatives are used to keep the meat away from harmful microbes and also to preserve their color. So, if you have migraines avoid eating processed meat -- anyway it will keep you healthier.

Coffee is a popular beverage among the masses. The caffeine content in coffee is more than a lot of beverages including sad drinks, tea & other energy drinks. There is some real complex connection between caffeine uses when it comes to migraine -- whereas caffeine can trigger a headache in some people and for others, it can act as a cure.

How coffee acts as a trigger for migraine: In some people, high coffee intake can cause mild to severe migraines.

How coffee can treat migraine: Using caffeine in combination with Tylenol (paracetamol) and aspirin can effectively treat migraine.

Aged cheese contains high levels of tyramine, which when gets into the body -- by expanding the blood vessels it triggers a headache. Therefore, people who suffer from migraines should avoid adding aged cheese to their food.

In addition to aged cheese, other dairy products, and calcium that is obtained from animal products are also believed to trigger migraines in some people. So, if you have migraines, you should avoid adding more dairy products to your diet.

You’ll be surprised to know that even citrus fruits can trigger migraines in some people. In a study, it was found that as many as 11% of people who suffer from migraines said that -- they noticed migraine pain after eating citrus fruits.

As much as two to twenty-two percent of people reported -- after eating chocolates they noticed migraine pain from mild to severe. However, the effects of chocolate in people who suffer migraines are still unsettled and the research is still open.

Monosodium glutamate (MSG), which is a very popular flavor enhancer has been found to be a headache trigger in a number of cases. However, there isn’t any definitive proof of MSG being a migraine trigger.

A lot of people who suffer from migraines said that skipping meals & fasting have acted as migraine triggers for them. While fasting & skipping meals in most people will have a healthier impact on the body -- in some people, it might trigger mild to severe headaches.

In most cases, it has been found that -- it is any kind of disturbance to your sensory organs that causes migraine pain, certain foods can also act as triggers to migraine pain in a variety of people. However, there is no scientific proof of what actually causes migraine -- researchers are still trying to find out.

If you frequently suffer from migraines and experience unbearable pain -- you must consider consulting a medical professional.

While medications can help reduce the frequency of migraine attacks -- turning to a healthier lifestyle, getting adequate sleep & eating right -- is the most effective treatment for any disease. Make sure you are taking care to avoid foods that are triggering frequent headaches & migraines.