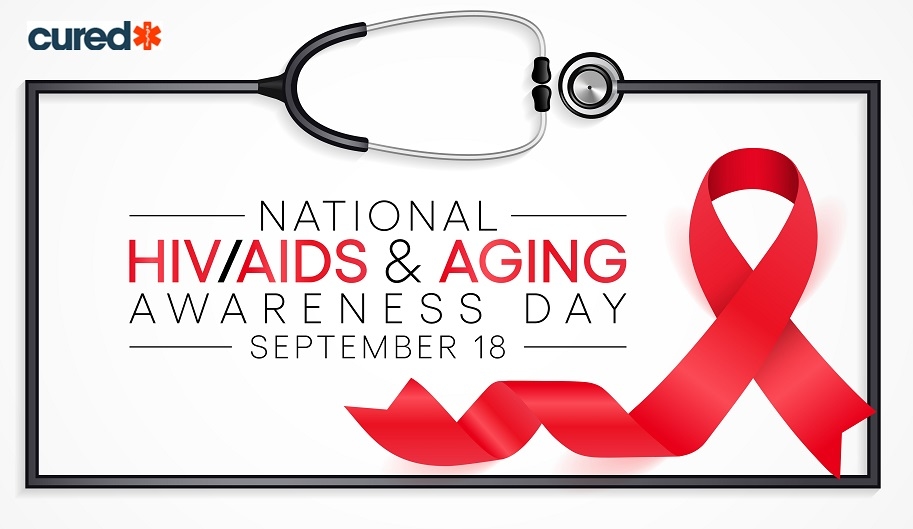 Every year, September 18 is observed as the National HIV/AIDS and Aging Awareness Day. The day honors and sheds light on the challenges the aging population faces with HIV/AIDS. The day highlights various topics regarding the disease, like prevention, testing, and treatment of people aging with HIV/AIDS.

The disease is a continually graying problem. In 2015, approximately 47% of people in America with already diagnosed HIV were above 50. By 2020, over 70% of Americans diagnosed with the disease are aged 50 and above. Although risk factors in terms of HIV are similar for adults, adults aged 50 and above might be less aware of such factors and the significance of testing HIV in the earliest stages.

According to the Centers for Disease Control and Prevention (CDC):

- Of the cases diagnosed till 2016, 35% of cases were discovered during later stages in the overall course of infection.

People above the age of 50 have a greater chance of being diagnosed with HIV later during the overall course of the disease. This makes a later start to the treatment process, potentially damaging the person’s immune system.

Of all the individuals with newly diagnosed HIV, 99% in their 20s were found to be living for more than a year. Whereas only 70% of people above the age of 65 lived for more than a year. Later diagnosis is usually a direct result of people not looking forward to getting tested regularly. This comes from the notion they have that any HIV-related symptoms are caused due to their old age.

As per research, approximately 53% of adults between the ages of 65-74 are sexually active with one or more partners. Seniors are staying sexually active well within their golden years as well.

However, as good as it may sound, risk factors related to sex stay the same, even when someone’s age increases. Having multiple partners or a lack of knowledge about HIV and its prevention contributes to HIV/AIDS among the aging population.

Here are some unique issues faced by the elderly:

- Women do not worry about getting pregnant at this age, so safe sex is not practiced.

- Older people and their health care providers do not talk about the patient’s sexual health and habits that much.

- Older adults are less likely to get tested for HIV because of the misconceptions of health care facilities that older people are no longer sexually active. Health care providers are less likely to ask about their sexual health and activity, including the number of partners, safe sex practices, and other factors.

Here, stigma is the biggest concern threatening people’s lives above the age of 50 in America. This is because:

- Older people are usually isolated because of illnesses or the loss of family and friends.

- Stigma can negatively affect the quality of life of these people, including their self-image and behavior. It can also prevent them from seeking HIV care or disclosing the disease they have to others.

Aging with HIV has presented a unique challenge when it comes to curbing the disease. Both age and the condition increase a person’s overall risk for developing cardiovascular disease, lung diseases, chronic obstructive pulmonary disease, bone loss, and certain kinds of cancers.

People above the age of 50 also need to be careful about the interaction between various medications they are using to treat HIV and other common age-related conditions like diabetes, hypertension, elevated cholesterol, and obesity. 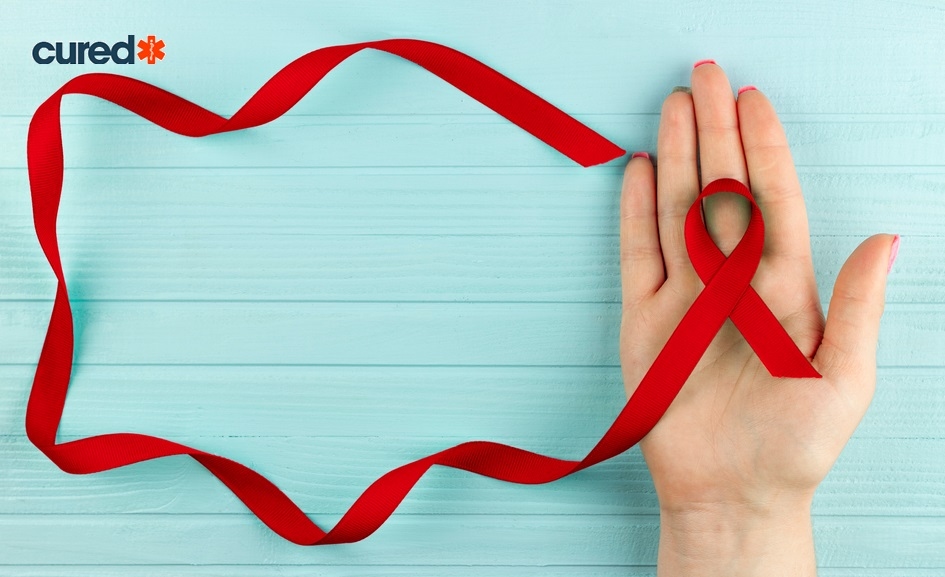 CDC has undertaken a high-impact preventative approach to maximizing the effectiveness of current HIV prevention strategies. CDC is funding state and local health departments and other community-based organizations to develop tailored programs to prevent HIV among the aging population. Of these programs, the most famous initiative undertaken by CDC is the “Ending The HIV Epidemic in the US” initiative.

In addition to all this, the CDC focuses on strengthening the HIV prevention workforce, developing the necessary workforce, and developing the right communication resources for health care providers and patients.

CDC’s new integrated HIV Surveillance and prevention cooperative agreement has managed to collect $400 million per year and award it to various health departments across the country for collecting HIV data and undertaking preventative measures. The grants direct resources towards the populations’ needs while supporting the country’s core surveillance and prevention efforts against HIV.

With the help of its Let’s Stop HIV Together campaign, CDC manages to offer resources related to HIV stigma, prevention, testing, and treatment. The campaign is a part of the “Ending the HIV Epidemic in the US” initiative.

How to observe National HIV/AIDS and Aging Awareness Day? 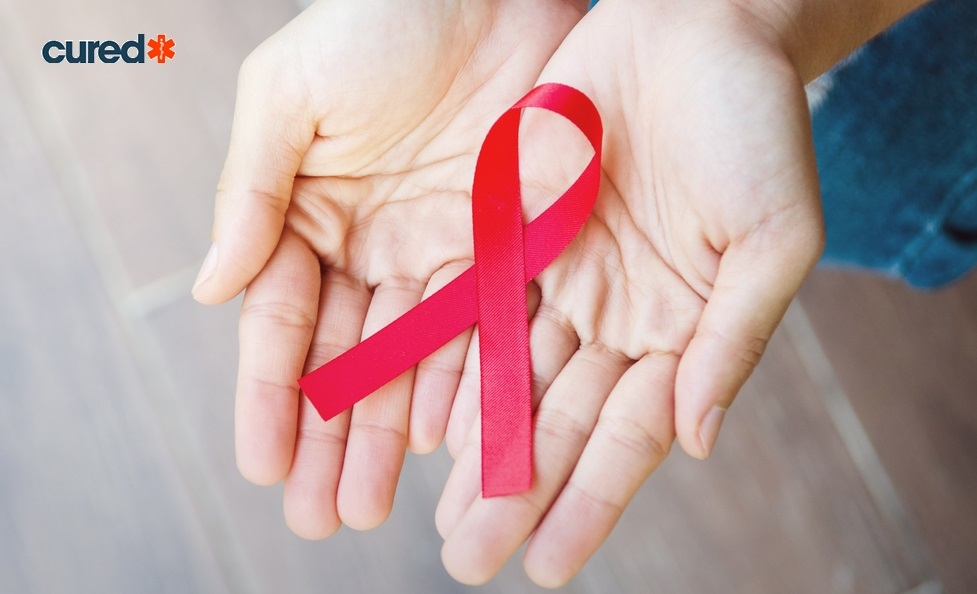 You can observe the National HIV/AIDS and Aging Awareness Day in a few simple ways.

You can organize and attend a health fair that focuses on educating people. You can talk to your family members, friends, or acquaintances about the risk of HIV/AIDS among the country’s aging population. You can also accompany your loved ones to health care providers and get them tested for the same. Most clinics/health departments offer seminars and other opportunities to learn about the impact of HIV/AIDS on the aging population. Age never eliminates risk.

Visit the official website for more information on National HIV/AIDS and Aging Awareness Day and find more ways to get involved! You, too, can make a difference in someone’s life!

Share appropriate information, posts, and images on your social media using these hashtags: #HIV/AIDSAgingAwarenessDay or #StopHIV.

You can also use these sample messages to lead to the National HIV/AIDS and Aging Awareness Day before September 18th.

On September 18th, we observe the National HIV/AIDS and Aging Awareness Day, a day to combat the stigma faced by older citizens of our country with HIV and address aging-related challenges of testing, prevention, and care. Learn more about the impacts of HIV on people above 50. #NHAAD #StopHIVTogether

On September 18th, we observe the National HIV/AIDS and Aging Awareness Day, a day to combat the stigma faced by older citizens of our country with HIV and address aging-related challenges of testing, prevention, and care. #NHAAD #StopHIVTogether.

On September 18th, we observe the National HIV/AIDS and Aging Awareness Day, a day to combat the stigma faced by older citizens of our country with HIV and address aging-related challenges of testing, prevention, and care. #NHAAD #StopHIVTogether #HIV/AIDSAgingAwarenessDay

The presence of HIV among older adults has reached staggering rates. One in every four adults in the country living with the condition is aged 50 and above. 18% of the newly diagnosed cases occur among this age group.

Today, advanced treatment options are ensuring HIV-positive individuals live longer lives. However, interactions between degeneration caused by HIV and the person’s age are now a public health concern. This concern needs to be evaded with appropriate education and awareness.

This National HIV/AIDS and Aging Awareness Day, let’s hope that efforts to expand HIV preventive messages for adults include information and resources about this newly found link and the right advocacy ensuring the patients have access to proper care and treatment.