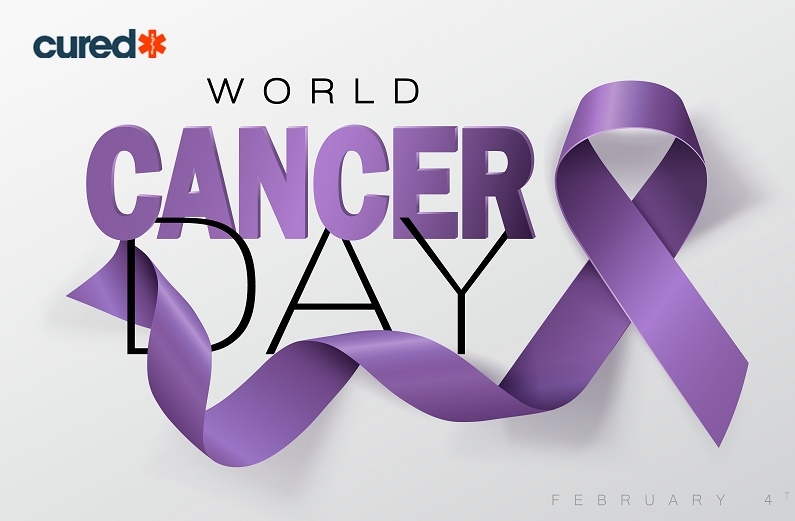 Observed every year on February 4th, World Cancer Day is essential in this day and age! Understand why this global initiative is so important to inspire and raise awareness in preventing, detecting, and treating cancer.

World Cancer Day this year will mark the first of essential events in the newly developed three-year campaign targeted around issues of equity.

The theme of this three-year-long campaign is "Close The Care Gap." The theme aims at recognizing the power of knowledge and all the challenges society faces when it comes to disease. In the first year of this campaign, we come together to close this "gap," also known as lack of equity in context to the disease. The gap emphasizes care and barriers that have long existed for multiple years. These gaps have reduced the chances for people to garner the help they need to survive cancer.

Cancer is a disease that occurs when there are changes in a group of cells inside the human body. These changes often lead to an abnormal and uncontrolled growth that forms a lump inside, called a tumor. The formation of a lump holds true to everything except leukemia, which is cancer of the blood.

If left untreated, cancerous tumors can rapidly grow and spread into the surrounding areas of the normal tissue as well as to other parts of the human body. Cancer can also spread to one's bloodstream, lymphatic system, digestive, nervous as well as circulatory systems. They can also easily release hormones that can affect the body's function.

Close The Care Gap - Barriers In the Way of Cancer Care 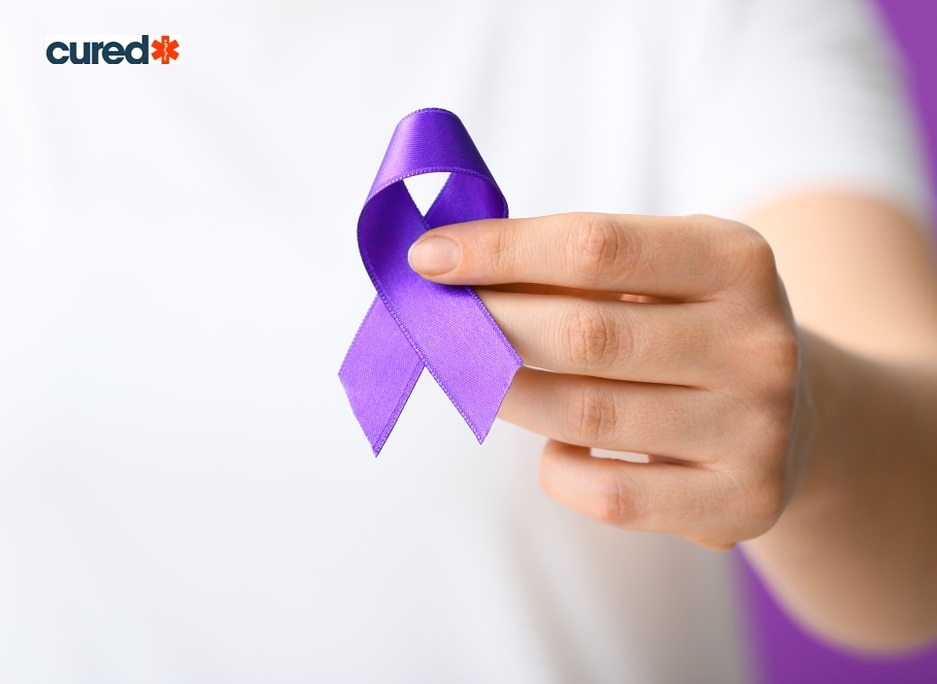 This World Cancer Day, with Close The Care Gap, there are multiple barriers that stand in the way of cancer care.

These barriers can depend on factors like where you live, who you are, where you are coming from. All of these barriers are social determinants of health, and these determinants are the factors that stand unfairly between people and cancer prevention, diagnosis as well as treatment plans.

All around the world, women suffer from discrimination due to deep-rooted misogyny, gender roles, and all kinds of stereotypes. Some cultural and religious contexts further limit timely access to cancer care for women. Stigma, as well as ostracisation, also surrounds cervical and breast cancer, which makes women reluctant to seek cancer care and screening. In certain parts of the world, women might need all kinds of approvals and permissions from the male head of their families to visit doctors.

In some cases, men also face the negative consequences of gender discrimination and societal and cultural taboos.

Social norms that surround masculinity make men less willing to open up and discuss their health issues with their healthcare professionals. Therefore, considering life-saving procedures like surgeries for prostate cancer is out of the question since it relates to incontinence and impotence in some societies.

Racism comes with major impacts on a person's ability to have access to the right cancer care. Minority populations at times face barriers when it comes to access to basic healthcare.

In over 90 countries, indigenous people represent just a mere 6% of the world's population. They also account for approximately 15% of the poor population. Indigenous people also face poor health outcomes around the world. Along with systematic discrimination and human rights, cultural differences can also worsen minority populations' exposure to the right healthcare and indulge in behavior that constitutes high-risk for cancer in the long run.

Poverty can also limit a person's access to quality healthcare. In all kinds of countries, people with lower socioeconomic status are less likely to get access to quality healthcare. There will be countless obstacles and challenges in the way to receiving the right healthcare, including transportation, inability to take time off, affordable childcare, getting screened, health insurance, and other financial means.

No matter where these people live, if they are diagnosed with cancer at a certain time, they are more likely to experience a catastrophe within 12 months of being diagnosed.

People who live in rural areas can face multiple obstacles between them and their chances of surviving cancer. Lack of prevention, screening, and treatment also means traveling for a longer duration to get the right access to resources and healthcare. The financial burden involved is enough to stop people from getting the right help. Other factors here include the need to secure affordable housing, childcare, and getting some time off work. All of these factors and costs combined are insurmountable.

Due to this, your geographic location often determines whether you get to live or not!

Rural patients usually get diagnosed during later stages in their lives, and they are less likely to get the necessary care and treatment they need. They also lose their chances of getting any further consultations, follow-ups, and other supportive services they require that are a part of clinical trials. These could be their one chance at survival!

Discrimination on the basis of age

How old a person is should not decide the quality of healthcare and cancer treatments they receive. Yet, discrimination on the basis of age is a living reality for thousands across the world. Cancer can develop at any age and the risk of the same developing manifolds with age.

Over half the people with cancer are over the age of 65. Early cancer symptoms are often mistaken with other daily pain or minor illnesses. Most cancer patients are diagnosed too late in life. This is further exacerbated because of the lack of appropriate programs or services aimed at responding to the needs of older people.

In fact, while more and more older people are diagnosed with cancer in contrast to younger people, older people are often underrepresented in research that sets standards for treatment for cancer.

Ageism is something that seems to pervade all kinds of cultures and institutions, which is often a contributing factor to the rise in barriers.

Here are a few ways in which older adults are denied equitable care for cancer.

1. An increased percentage of older women with breast cancer often receive fewer chemotherapy sessions in contrast to their younger counterparts, despite all the evidence regarding its efficacy.

2. Over 70% of deaths occurring because of prostate cancer happen among men above the age of 75. They are often detected with an aggressive version of the disease. Some older patients also do not receive the appropriate localized access to chemotherapy and other treatment actions for localized prostate cancer.

3. Another form of cancer that has, for many years, disproportionately affected older populations is colorectal cancer. However, evidence regarding the optimal treatments of the same is not suggested correctly to older patients.

In various countries, like Syria, political upheaval and other forms of instability pierce through all strata of the nation. Countries going through wars, natural disasters, and other forms of social upheaval come across a harrowing shortage of resources along with a breakdown of all the fundamental health services. The majority of people in such countries with an advanced stage of cancer are unable to get the necessary healthcare they deserve. These regions become inaccessible in terms of healthcare services. The hospitals are either destroyed or damaged, and healthcare professionals are either killed or injured/displaced.

Apart from this, cancer patients, along with refugees fleeing away from such countries, can experience their own set of obstacles and physical and emotional trauma. Other incidences they have to face are limited financial resources, cultural/language barriers, etc. that also affect their cancer care.

All around the world, even today, gays, lesbians, transgender people, bisexuals, intersex, and queer still face discrimination and hostility by society. Like others on the list, the LGBTQ+ community is also likely to face prejudice and ignorance from healthcare providers around the world and might not get their deserved access to cancer care.

In addition to the prejudices and ignorance of healthcare, fear of poor treatment by the healthcare providers also drives them away from getting timely access to effective cancer care.

This form of discrimination can take a heavy toll on their lives and health. Not only this, but it can also lead to a toll on their behavior, increasing the risk of cancer. They can start being addicted to unhealthy habits like smoking, drinking, and drug abuse, as they seek other ways to self-medicate in order to cope with the world that's too hostile towards their very existence.

Understanding the lack of equity is often the first step!

Lack of equity is omnipresent. These barriers are just a few ways in which people around the globe, from all walks of life and demographics, can be deprived of cancer care. Despite the long list of barriers and countless injustices worldwide depriving people of their deserved cancer care, most prejudices are ingrained in our society, mentality, and systems.

However, there is no obstacle that can't be overcome. There is hope! World Cancer Day is that hope. It is the first step to recognizing inequality that comes along with cancer. World Cancer Day is a day that offers us the perspective of people living and fighting against cancer on a daily basis. It is a day we choose to come forward and fight to close these inequity gaps!