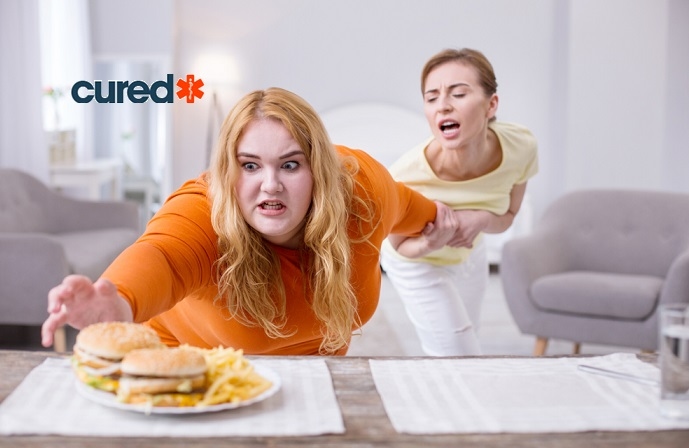 When someone suffers from binge eating behavior, they overeat excessively. Depression or anxiety are common mental health conditions that are associated with it. Low self-esteem is also a part of it and can affect both men and women. Binge eating conditions can be interpreted as coping mechanisms for those who suffer from emotional problems through eating and guilt. There is an underlying condition that causes it. As well as helping the person to reduce their eating habits, treatment can also help them change how they approach these issues.

A report from the Office on Women’s Health Reports shows binge eating to be the most common form of eating disorder in the US today.

How can binge eating disorder be diagnosed?

Most people occasionally overeat, especially during holidays and when they are celebrating a special event. Binge eating is not the cause of this behavior. If binge eating occurs regularly and a person feels ashamed about their eating habits and seeks secrecy about it, binge eating becomes a disorder. An unresolved issue, including mental health issues or physical illnesses, is usually responsible for eating excessively.

How does binge eating disorder develop?

Although binge eating disorder is not well understood, several risk factors are likely to cause it, including:

People with binge eating disorder may be more sensitive to dopamine, a brain chemical responsible for feeling satisfied and rewarded. The disorder has also been linked to inherited characteristics.

An increase in brain activity

Binge eating disorder is associated with heightened body functions and reduced self-control because of changes in brain structure.

Approximately 50–60 percent of patients seeking weight loss surgery meet the criteria for binge eating disorder, while most patients suffering from obesity also have the disorder. An individual with a disorder may suffer from weight problems as well as be a cause of it.

There is often a very negative picture of the body in people with binge eating disorders. This disorder is caused by dissatisfaction with the appearance of one's body, dieting, and overeating.

As the first symptom of the disorder, those affected often report binge eating. Children and teenagers who binge eat during these years are included in this category.

An individual's risk for depression is increased by stressful life events, such as abuse, death, separation from a loved one, or an accident. Children who are bullied because they are overweight may also suffer from this problem.

The prevalence of binge eating disorder is estimated at almost 80% because of another psychological disorder. These disorders include phobias, depression, post-traumatic stress disorder (PTSD), bipolar disorder, anxiety, drugs, or alcohol.

The availability of food, stress, dieting, negative feelings about body weight, or boredom can also cause binge eating episodes.

Diabetes type 1 and type 2 patients are more likely to suffer from binge eating problems. There is a possibility that the stress of having diabetes, which requires constant weight and food control, contributes to the link between the two. As a result of excessive weight gain and metabolic abnormalities, binge eating disease may contribute to type 2 diabetes in some people. It is also possible for people with diabetes to have a harder time controlling their blood sugar levels when they suffer from a binge eating disorder.

When you have a binge eating disease, what other health problems can you experience?

A binge eating disorder specialist will be able to help anyone who is concerned that they may have the medical condition. Experts suggest getting help from a certified psychologist who specializes in eating disorders. Taking care of your eating disorder, including binge eating, is important, considering the severity of its consequences. Treatment can be helpful, but it may take time and effort.