A Quick Guide On How You Can Build Stamina And Endurance 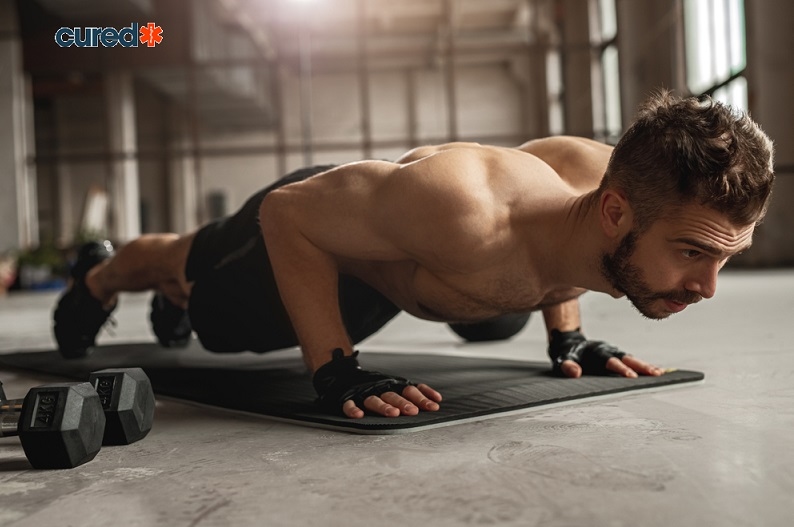 New runners might think endurance and stamina are almost the same. It is important to note that they differ from one another, which is important during the training process. When we look at stamina vs. endurance - what is the difference?

As the name implies, stamina refers to the length of time a muscle group is able to function at its greatest ability, as compared to endurance, which is how long a muscle group can stay active during a given period of time. From a scientific standpoint, endurance refers to the capacity of the body to allow muscles to receive oxygen during a specific activity, while stamina refers to delivering energy to the body in the course of an activity.

Stamina Vs. Endurance: What Is Stamina?

As a measure of mental and physical endurance, stamina refers to the ability to maintain a constant level of activity. The ability to concentrate for prolonged periods of time is difficult for people who lack stamina. As a result, they become distracted very quickly. To deal with distracting factors, fatigue, and weakness during exercise, it's crucial to develop stamina.

Stamina Vs. Endurance: What Is Endurance?

A reduction in disease risk

The cardiovascular endurance you build during aerobic exercise activates the immune system. Consequently, your diet makes you less likely to contract colds and flu.

Stamina and endurance differ in some ways. Keeping both stamina and endurance in mind is perhaps the most obvious. When it comes to stamina, the main goal is to gain maximum strength, while endurance is about getting as much time as possible without considering the capacity for which your muscles are working.

An example of what it means

Currently, Chris is an inactive 40-year-old man who does not exercise regularly. His doctor advises him to exercise because he often feels tired and lethargic. To improve Chris' fitness, he begins a 15-week walking program.

Upon completion of the 15-week program: A greater sense of energy throughout the day has been observed, and Chris is noticeably less prone to getting tired (improved stamina) during the day. Compared to when he started the program, Chris scored better on a 15-minute walk test (improved endurance) than in the past.

Stamina Vs. Endurance: How To Build Stamina?

You quickly learn how challenging and demanding running can be when you start a new exercise routine. Within ten minutes of running, you can feel breathlessness. Workouts for the body work the same way. The first 10 push-ups you try may cause your arms to fail, so you quit at that point and do not perform 20 push-ups. In these examples, you can see how weak your stamina is. It only takes a little exertion to make you feel fatigued if your stamina is low. There may be irritability, poor rationalization, and difficulty concentrating, along with an increased level of exhaustion and fatigue. Your daily functioning could be negatively affected by all of these factors.

The best thing you can do is improve your stamina. When you take in more of it, you will feel more energetic and have more strength to perform daily tasks. What do you do to accomplish this? Stamina can be increased by following these scientifically proven tips:

As a stimulant, caffeine plays a role. You may experience a temporary boost in energy as a result of it increasing your heart rate. An analysis of caffeine's effectiveness in training led to prolonged training for athletes, as well as a significant increase in power output. During simulated race conditions, caffeine was also found to improve speed and power output, but only for one \to two hours. Despite this, the study demonstrates that caffeine does not directly increase muscles' operating capacity or strength.

Since yoga and meditation are effective in relieving stress, they have become widely practiced. Relaxation, stress reduction, and refocusing are some reasons people perform these activities. Eventually, your stress levels will decrease if you do these activities regularly. You become more energetic as a result.

Stamina Vs. Endurance: How To Build Endurance

You need to build your endurance if you feel tired, less energetic, or lack energy when trying to work out. You are better able to maximize your workout time if you develop endurance so that you don't get fatigued, exhausted, or get low on energy levels throughout your routine. In order to achieve this goal, you must use any of the following scientifically proven methods in order to build endurance:

Getting the right fuel

Fueling correctly before you start running is one of the top priorities for runners. As with other exercise programs, the same holds true. As evidenced by studies, it has been proven that lack of energy causes you to quit early in your routine. It is helpful to begin any fitness regimen if you eat a balanced and healthy diet. According to research, consumption of carbohydrate-rich foods is recommended. By increasing the amount of fuel stored in your muscles, carbohydrate-loading diets are used to boost your athletic performance.

The weight of your body should be increased by about 10 to 14 grams per kilogram of carbohydrate one to three days before the event. Also, you need to substitute carbohydrate-rich foods for high-fat foods. If you are interested in this diet or changing your diet in order to boost endurance, you should speak with your doctor first.

It is important to mix up your routine when it comes to building cardiovascular endurance. People who are resistant to experimenting with new workout programs may find it difficult. Cardiorespiratory fitness and endurance will be improved as a result of it. Exercise may include a variety of high-intensity sports like speed lifting, jogging, swimming, and power walking, in addition to weight lifting or running, as well as other high-intensity exercises.

In order to build endurance, you need to train consistently and recover between training and rest days. It will become evident during endurance training that your body will be challenged to bear more than it previously was able to. You will become fatigued and exhausted as a result.

A dysfunctional body will eventually shut down if you don't take care of it. Rest by taking days off between sessions and listening to your body. In addition to getting enough sleep, eating well, and stretching to alleviate muscle stiffness, you must drink enough water during your recovery. Make sure your workout plan is structured so that you take enough time to rest and recover.

It is unlikely that you are yet to hear or see the constantly debated topic of stamina vs. endurance in the fitness industry. Which one is what, and how can it be boosted the most? In addition, stamina refers to your ability to perform at or near your maximum capacity for the largest period of time. Endurance describes your body's ability to maintain physical activity for an extended period of time. As far as endurance is concerned, it focuses on maximizing time, while stamina focuses on performing at maximum capacity. A person's athletic performance will be boosted by both of them.

You can boost stamina and endurance through diet, exercise, and reducing recovery time. To improve stamina, endurance, or both, you should consult a professional about changes you need to make to the way you eat, the way you live, and the way you exercise.