The Causes And Prevention Of Dark Circles Under Eyes 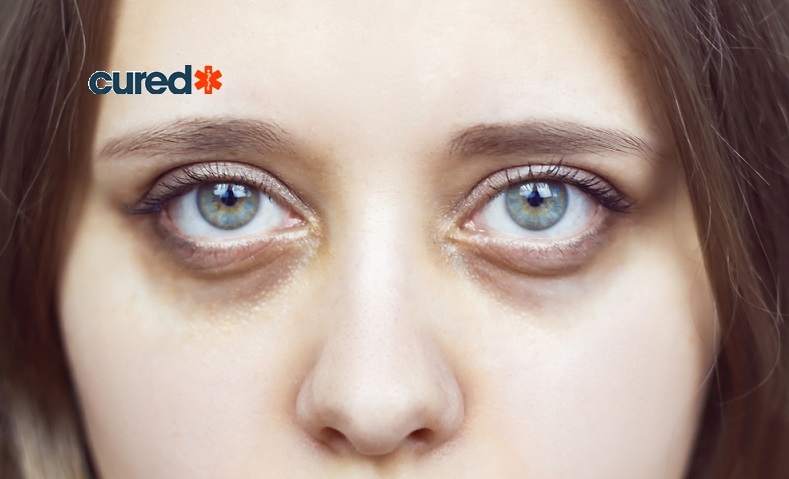 It is common for lower eyelids to have dark circles. You may receive unwanted comments about your tired appearance if you have under-the-eye circles, often accompanied by bags. It is true that dark circles have many causes. Lack of sleep is not always to blame.

Dark circles can affect anyone, but they are more prevalent in:

The most common cause of dark circles is fatigue, although dark circles may occur for a variety of reasons. The most common problem is not a cause for concern, nor is medical attention required. Many people feel pressured to appear perfect at all times. Being human may be accompanied by dark circles.

How are dark circles caused?

A variety of factors can cause dark circles under the eyes. These include:

It can be caused by excessive sleeping, extreme fatigue, or staying up past your regular bedtime. Your skin can become dull and paler when you don't get enough sleep. There is a possibility that dark tissue and blood vessels are appearing beneath your skin. Sleep deprivation may also result in a fluid building underneath your eyes, making them appear puffy. Dark circles may be the result of puffy eyelids casting shadows on the corners of your eyes.

It is also common for dark circles to appear under your eyes due to natural aging. Skin becomes thinner as you age. The collagen and fat that maintains the elasticity of your skin may decrease. A darkening of the area under your eyes will occur as the blood vessels underneath your skin become more visible.

Your eyes may become strained if you constantly stare at your TV or computer screen. Your eyes' blood vessels can enlarge as a result of this strain. Dark circles under the eyes can occur as a result.

The causes of dark circles include allergies and eye dryness. A fresh attack of an allergen triggers the production of histamines by your body in order to fight it off. Itchiness, redness, and puffy eyes are some of the symptoms. As a result of histamine, your blood vessels dilate, causing them to appear more visible under your skin.

There is a possibility that allergies can make you scratch the itchy skin around your eyes more often. Your symptoms may worsen due to these actions, which can trigger inflammation, swelling, and broken blood vessels. Dark shadows may appear under your eyes due to this.

There are several causes of dark circles under the eyes, but the most common is dehydration. The skin under your eyes begins to become dull and sunken when your body is not adequately hydrated.

When exposed to the sun, your body produces a high amount of melanin, which is responsible for giving your skin its color. Pigmentation in the surrounding skin can become darker when exposed to too much sun, particularly for your eyes.

Your family history can also influence the development of under-the-eye circles. Childhood may be a time when it is inherited. Lightening or darkening of the dark circles may occur over time. Under-the-eye circles can also develop if you are predisposed to other medical conditions such as thyroid disease.

Anemia is when your levels of red blood cells are lower than normal. This can leave you with:

Find out how your iron levels are by getting bloodwork done by your doctor. The following treatments can be used to treat anemia:

How to get rid of dark circles

It has been reported that people can eliminate or reduce under-the-eye circles in several ways. There is no guarantee that all of these remedies will work for everyone. Whenever possible, talk with your doctor about your treatment plans before trying them.

Fatigue and a lack of sleep can cause dark circles under the eyes. Dark circles may appear darker, as well as you appear paler. Take care to practice good sleep hygiene and get 7 to 8 hours of sleep every night.

When you sleep, try extra pillows under your head to lessen the puffiness of fluid pooling in your lower eyelids.

You may notice swollen circles beneath your eyes due to dilated blood vessels. Blood vessels can be constrictive when a cold compress is applied, which reduces dark circles.

Several over-the-counter moisturizers might be able to provide relief from dark circles under your eyes. They are often made from caffeine, vitamin E, aloe, hyaluronic acid, and/or retinol, in addition to other ingredients.

A natural healer suggests chilling thick cucumber slices for 10 minutes and then applying them to dark circles. After you have rinsed the area with water, it will feel better.

It is recommended that almond oil and vitamin E be mixed together and massaged into dark circles just before bedtime. The area should be washed with cold water in the morning. The dark circles should be removed overnight if you repeat the process every night. According to a study, a pad containing caffeine and vitamin K under the eye reduced wrinkles and dark circles.

It comes down to cooling these two tea bags in the refrigerator after soaking them in warm water for a few minutes and then letting them cool for a while. The bags should be placed on each eye. The tea bags should be removed after five minutes, and cold water should be used to rinse the area.

You may be recommended for medical treatment depending on what your doctor diagnoses with your eye circles. As part of that recommendation, the following may be included:

Skin-lightening creams containing azelaic acid, kojic acid, glycolic acid, or hydroquinone may be prescribed by dermatologists to lighten under-eye hyperpigmentation. A small number of these creams are available over the counter in formulas that contain lower concentrations of the active ingredient.

Dark pigmentation under the eyes may be drained by a light chemical peel administered by a dermatologist. Glycolic acid, retinoic acid, and hydroquinone are common acne treatment ingredients. Jessner peels, which combine salicylic acid, lactic acid, and resorcinol, may also be suggested by your dermatologist.

Plastic surgeons, oculoplastic surgeons, and dermatologic surgeons can surgically remove fat in blepharoplasty. The procedure can reduce dark circles by decreasing the shadow cast by your eyelids.

When to see a doctor

If swelling and discoloration appear under only one eye, you should get in touch with your doctor immediately.

It is common for dark circles to happen occasionally for some people. It can be a genetic condition, a regular part of aging, or because you don't get enough sleep. There is usually no reason to be concerned about dark circles. A number of treatments are available if they bother you, either at home or in the medical setting. Make an appointment with a dermatologist if the swelling or discoloration gets worse. Doing so can ensure you get the right treatment and receive a correct diagnosis for dark circles under your eyes.