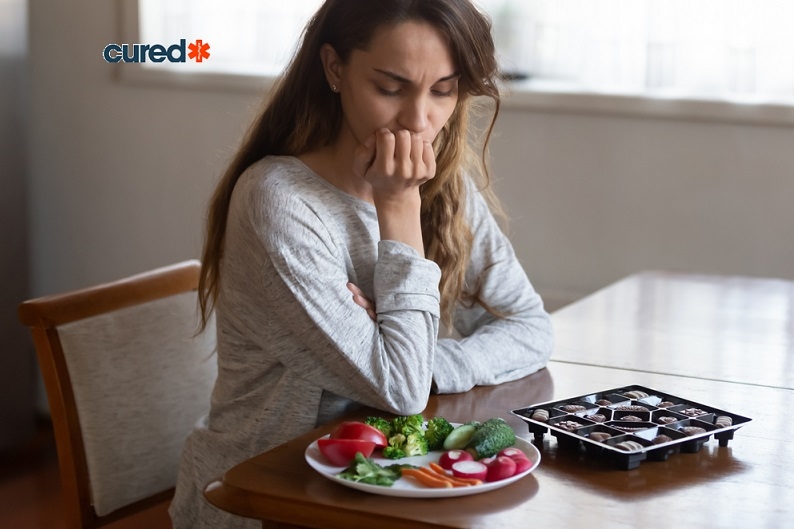 If you Google eating disorders, you’ll see images of celebrities with emaciated bodies and white-knuckled fingers. You’ll also read about how these conditions are often associated with privileged people who experience body image issues. But there is more to eating disorders than the stereotypes suggest. There are different types of eating disorders, each with its own set of symptoms and side effects. If you think that you or someone you know might be struggling with an eating disorder, it’s important to understand what they are and how they can be treated. Let’s take a closer look at some of the most common types of eating disorders.

Anorexia nervosa is a serious eating disorder characterized by drastically low body weight, a distorted body image, and an intense fear of gaining weight or becoming fat. People with anorexia typically have intense urges to exercise, eat very few calories, and frequently vomit or take laxatives to lose weight. Anorexia can be extremely serious and even life-threatening. Those who have the disorder are at a much higher risk for heart problems, kidney problems, and even death due to starvation and organ failure. Other common symptoms include depression, anxiety, and obsessive thoughts about food, weight, and exercise. Anorexia is typically treated with counseling, medications, and nutritional therapy. People with the disorder also may benefit from joining support groups or connecting with others in online forums. Anorexia has the highest death rate of all mental illnesses. While most people with the disorder can recover with treatment, those with it need to seek help before the condition becomes life-threatening.

Binge eating disorder (BED) is a serious eating disorder that shares some symptoms with bulimia but without the regular use of compensatory behaviors (or purging) to make up for the overeating. BED is characterized by frequent, uncontrollable episodes of binge eating, defined as eating an unusually large amount of food while feeling guilty and ashamed about it. People with this disorder often don’t feel like they have control over the binges and may feel helpless to stop them. BED is a serious condition that can harm one’s physical and mental health, but it’s also highly treatable. The best method of treatment depends on the severity of the disorder. Still, it typically includes cognitive behavioral therapy and nutritional counseling.

Bulimia nervosa is an eating disorder characterized by recurrent, uncontrollable episodes of binge eating followed by compensatory behaviors such as fasting, self-induced vomiting, or excessive exercise. Bulimia affects many more people than anorexia, but it’s less commonly discussed. The disorder is significantly more common among young women than young men. Bulimia is not just about binging and purging. The disorder is associated with other symptoms such as low self-esteem, feeling out of control, and depression. These factors can make it even harder to recognize and treat than anorexia. Binge-eating disorder and bulimia combined.

A constipation-induced eating disorder is a newly identified disorder that is now being studied. This condition is associated with a compulsion to eat a high-carbohydrate diet that leads to constipation and feelings of shame about one’s body. Researchers have found that this disorder is associated with eating disorders such as anorexia nervosa, bulimia nervosa, and binge-eating. The good news is that it’s also highly treatable.

Can Eating Disorders Be Treated?

Eating Disorders Are A Mental Thing

They have nothing to do with your weight or what you eat. Only a mental health professional can diagnose an eating disorder, but if you think you might have one, there are steps you can take to get help. Eating disorders often start in adolescence when many young people experience change, stress, and self-discovery. It’s a critical time for mental health, especially for young women exposed to an idealized image of beauty that is often unattainable. They do not have to be treated with medication or surgery. In fact, these disorders are completely resolved for many people when they address the emotional issues causing them to overeat or starve themselves.

Prevention of Eating Disorders in Children

There is no sure-fire way to prevent this disorder. But there are some strategies to assist your kid in developing healthy patterns of eating. You should avoid any type of dieting around your kid. The family dining habits may have an influence on the relationships that kids have with their food. Eating meals together gives the parent a chance to teach their kids about the dangers of dieting and encourages a balanced diet in good portions. You should talk to your kid. For instance, there are a lot of sites that advance ideas that are quite dangerous. This includes looking at anorexia as a lifestyle choice rather than a disorder related to eating. It is important to correct any false representations such as this and talk to your kid about the inherent risks present in unhealthy eating choices. You should try cultivating and reinforcing a healthy body image in your kid. This is regardless of what their size or shape is. You should have a conversation with your kids about self-image and give reassurance that the shapes of the body can differ.

You should avoid criticism regarding your own body in front of your kid. The messages of respect and acceptance can help to create healthy resilience and self-esteem that will carry kids through the turbulent periods of teenage years. You should also take the assistance of the healthcare provider of the kid. These healthcare providers may be able to find out early signs of any eating disorders. They can ask questions to the kids regarding their eating habits and overall satisfaction with their appearance during check-ups.