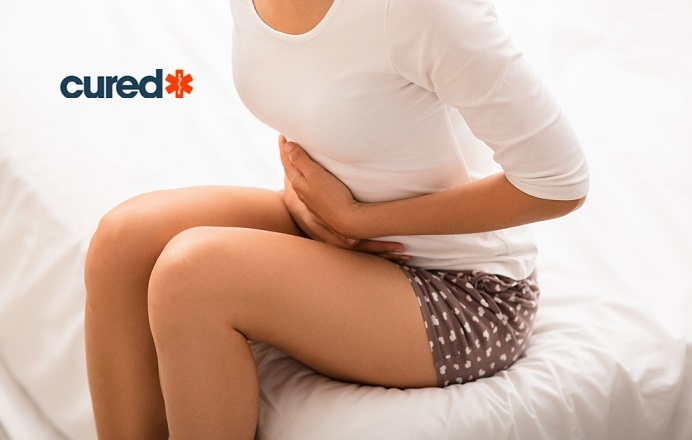 Infections, fluid retention, and irritable bowel syndrome are among the causes of abdominal bloating. Bloating can be treated at home with the help of a doctor. The condition of bloating refers to a feeling of fullness and tightness in your belly, often caused by gas. Symptoms such as bloating may be mistaken for other causes of the belly becoming more noticeable, such as a loose or lax abdominal wall. Most women who have had children or are older are affected by this condition. In order to receive the proper treatment, you need to know the difference between the two. When the gut is full of food or stool, a toned abdomen makes it easier to see a difference.

There is a common problem with abdominal bloating. The same form of bloating is experienced by many people over and over again. It is usually not a concern if bloating occurs in a predictable pattern. It may be one of these conditions that cause the pattern to change or to bloat to become worse than expected:

Most people experience bloating when they have too much gas in their stomach or intestines. The following symptoms may also be present:

The following factors can cause gas:

After a few hours, gas usually goes away by itself.

There can be discomfort or pain in the stomach associated with indigestion, which is sometimes called dyspepsia. Indigestion is common in most people.

A number of factors contribute to it, including:

Intense indigestion and bloating that are not associated with food, or other apparent causes may indicate something more serious. Stomach ulcers and stomach cancer are potentially serious causes.

When a stomach infection occurs, bloating can occur, as well as the following symptoms:

Infections such as norovirus or rotavirus can lead to these infections, as well as bacteria such as Escherichia coli or Helicobacter pylori. Infections of the stomach usually subside after a few days on their own. Dehydration, however, may persist for several days or worsen.

It is recommended that these individuals see a doctor if they experience the following symptoms:

SIBO can cause bloating, frequent diarrhea, and difficulties digesting food and absorbing nutrients. Some people may become overweight or develop osteoporosis from these chronic symptoms.

Sometimes, our bodies can retain more fluid when they consume salty foods, change hormone levels, or have food intolerances. A woman might become bloated right before her period or during pregnancy, for instance.

Fluid retention may cause chronic bloating, but it can also be caused by respiratory problems, liver failure, or kidney failure. An individual should consult a doctor if the bloating persists.

Certain foods cause bloating, such as those with lactose intolerances, gluten allergies, and celiac disease. By removing the problem-causing food, bloating will go away.

Crohn’s disease and IBS often produce bloating. Inflammation of the digestive tract is the cause of Crohn's disease, and it has a specific treatment and course. Unlike IBS, the cause of this condition is unknown, and symptoms are often diagnosed without explanation.

Gas, diarrhea, and vomiting are common symptoms of IBS and Crohn's disease. Crohn's disease is more likely to occur if someone is also experiencing unexplained weight loss.

Gastroparesis is a disorder that interferes with regular stomach emptying. As a result, the nerves that regulate stomach motion stop working correctly, which causes food to pass much more slowly through the stomach and intestines.

It is characterized by:

A variety of diseases can cause gastroparesis, including diabetes and hypothyroidism.

Some gynecological problems cause bloating, such as a monthly period or menopause. Also, endometriosis, in which the womb lining attaches to the stomach or intestines, can cause bloating, cramping, and stomach pain.

Bloating may be the only symptom of early ovarian cancer. However, weight gain, constipation, and pain could also occur.

Bloating begins when food contents build up in the gut. There are several causes of constipation, including:

Most people can resolve constipation and bloat with laxatives, exercise, water, or changes to their diet. By losing weight, you can reduce or even prevent abdominal bloating's symptoms.

If you swallow too much air, you can do the following:

Abdominal bloating can be upsetting and painful. There are many simple causes of abdominal bloating, such as gas, constipation, indigestion, food intolerance, and fluid retention. These symptoms are easily treated with home remedies, lifestyle changes, OTC medications, and prescription medications. For most people, the cause can be treated at home and is something simple. If the symptoms persist after a few days or worsen, a person should consult a doctor.