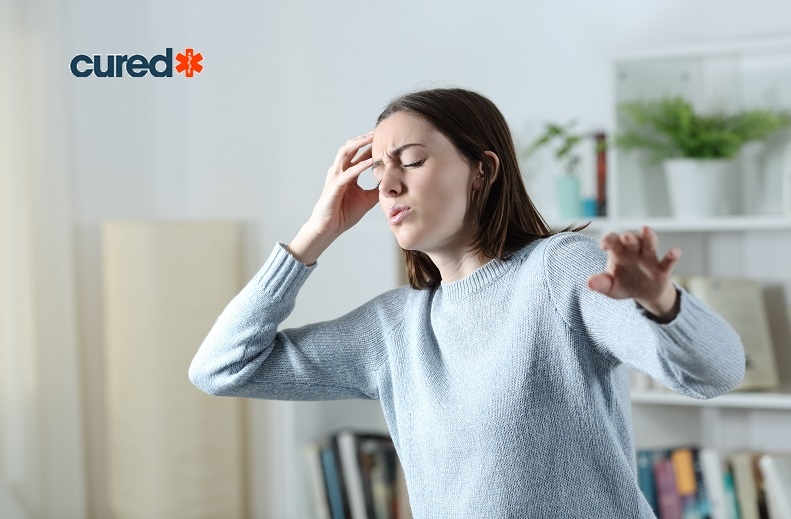 Dizziness is a catch all term that is used for symptoms such as presyncope or lightheadedness without fainting, vertigo where either the environment or the individual are perceived to be spinning or disequilibrium with its attendant feeling of being off balance. Lightheadedness, or the feeling of being about to faint, can have many causes, most of them completely benign and transitory. Anything that causes a temporary drop in blood pressure and the related brief drop in oxygen to the brain would fall into this category. It can be a symptom of something more serious such as heart problems or stroke. Allergies are a common cause of lightheadedness as are the antihistamines that are often used to treat them. Many common and non-life threatening illnesses list light headedness as a symptom, which is often a side effect of the body’s own immune response. Drugs, both prescribed and illegal, along with nicotine and alcohol, can also cause this condition.