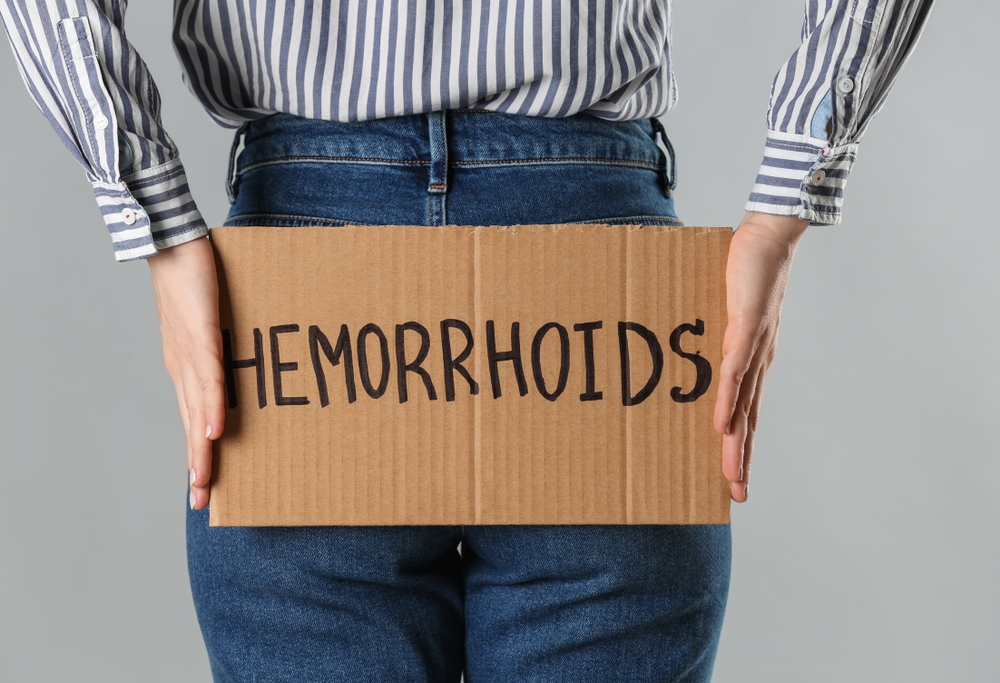 Hemorrhoids are extremely common and affect at least 50% of Americans at some time in their lives. Around 5% of the population are suffering at any moment. Caucasians are more prone to the condition and their is no significant difference of incidence between men and women. Hemorrhoids are either internal and external depending on whether they occur inside or outside of the rectum. External hemorrhoids can be painful and are often swollen and the source of irritation. They are prone to ruptures and blood clots and are then referred to as thrombosed hemorrhoids. Internal hemorrhoids are not usually painful and the first symptom to show is often bleeding. The blood is a bright pinkish red color indicating that it hasn’t traveled far down the digestive tract. A prolapsed hemorrhoid is an untreated one that has become distended enough to be visible from outside the anus. A strangulated hemorrhoid occurs when the anal sphincter muscle spasms and traps a prolapsed one cutting off the blood supply. Internal hemorrhoids are graded I to IV according to the degree of prolapse.

There are many potential causes of the condition including irregular bowel habits, low fiber diet, aging, pregnancy, obesity, sitting for long periods and genetics. Preventative measures include raising the fiber content of the diet, weight control, increasing fluid intake and moving around. These measures also provide the basis for conservative treatment along with non-steroidal anti-inflammatory drugs (NSAID)s. Suppositories and topical creams may be used but whether they are effective or not is disputed. Long term use of topical creams is not recommended due to irritation of the skin. Diagnosis can be either visual or by rectal exam. External and prolapsed hemorrhoids can often be diagnosed visually while internal ones that do not protrude past the anus are confirmed by proctoscopy or anoscopy.