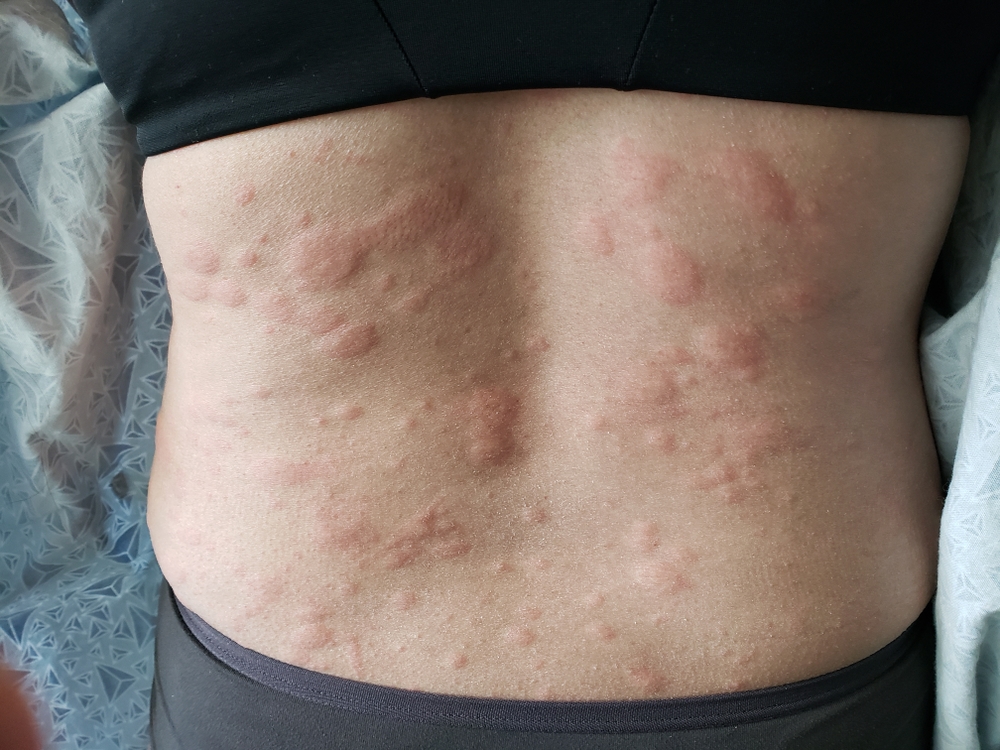 The medical term for hives is urticaria. The condition develops as a reaction to an allergen and is non-contagious. It manifests as red, itchy, smooth, raised patches on the skin. Allergens that lead to hives are many and diverse. As such, it would be hard to pinpoint particular substances or organisms as the major causes of hives. Different people will react to different things. It could be coming into contact with particular plants or flowers, taking certain medications, foods, insect stings or using a certain detergent. It can also be as a result of extreme change in temperature, physical exercise, stress or a viral infection. When the body reacts to any of these substances, it triggers the release of histamine, which in turn causes capillaries to leak fluids onto adjacent body tissues. The leaks end up as the red, itchy breakouts called hives.

Hives appear suddenly and disappear just as fast, usually within hours. In some cases they last a few days. They can be small or large in size and may join together to form a large patch or spread across an area of the body. They commonly appear on covered parts of the body, most especially the upper arms, legs and trunk. They can also appear on the chest, face, ears, lips, tongue, hands and feet. Other than just being itchy, hives are often accompanied by a burning sensation. The affected part of the skin is also likely to swell. They often change shape and location and can disappear for a while and then reappear. Many cases of hives completely disappear on their own. In a few people, they keep recurring so the patient has to use medication.Â  Antihistamines and ointments or creams containing antihistamine are used to relieve itchiness. Doctors may also prescribe medicine to reduce nerve-ending sensitivity. One can also apply cool compresses to the area to give relief.