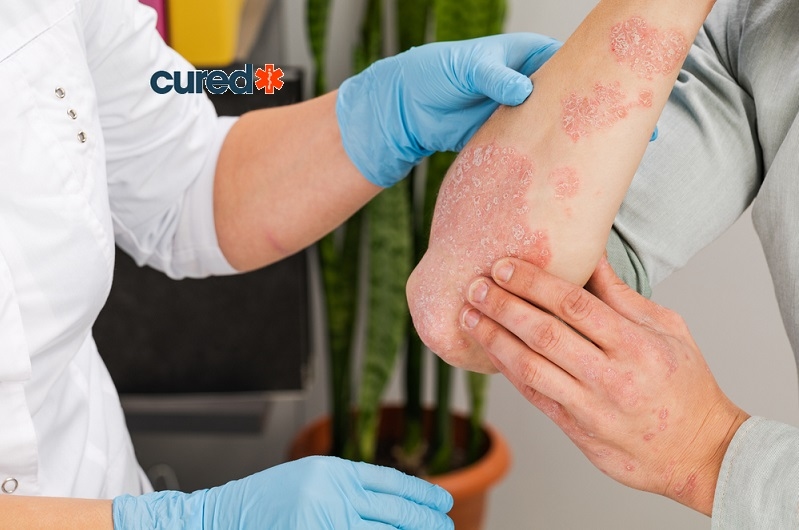 Atopic Dermatitis or commonly known as Eczema has been one of the most underrated of all diseases a human being carries. With people terming its association with babies and children, the diseases inhibition was often neglected with the older age groups. But as the easiness for the itchy rash cannot be resisted, so has been its impact on the adult group as well. Though, most of the adults develop the disease in childhood itself to carry it to life, some are also diagnosed in the adulthood as well.

The professionals at the American College of Allergy, Asthma and Immunology (ACAAI) have been discussing these trends of late at the Annual Scientific Meetings. "Atopic Dermatitis (AD) is under diagnosed in the United States," says allergist Luz Fonacier, MD, ACAAI board member and presenter at the meeting. "Many adults don't seek out medical care, preferring to self-treat instead, either with home remedies or over-the-counter drugs. Often, they aren't aware they have eczema, and they also don't know treatments have changed a lot in the last few years. There are new drugs and topical medications that can make a huge difference in their quality of life."

Itching and rashes have been common discomfort arising out of Eczema but this may not be it. People with Eczema might also experience problems with sleep and emotional distress. They have also been diagnosed with decreasing social life and lack of enthusiasm as far as sexual relationships are concerned. There have been conventional medications for the people suffering from Eczema and which can sometimes become much uncomfortable and painful. But in the last some years, there has been the introduction of targeted therapies which are also known as the Precision Medicine. As per Mark Boguniewicz, MD, ACAAI who also happens to be lead author of soon to be published Atopic Dermatitis Yardstick "The Yardstick will have practical recommendations for physicians about the treatment of AD."

There have been introduction of two new medications which have recently been approved for Atopic Dermatitis.

First, Crisaborole, is an ointment which has specifically been made to reduce itching, redness around the rash as well as any inflammation around the skin. It also happens to be one of the first anti-inflammatory medications to have been approved for the treatment of mild to moderate Atopic Dermatitis in the last 15 years. The ointment will be available for use to patients of AD above 2 years of age.

Second, Dupilumab, is a biological therapy which is given to the patients through injections. The therapy is only considered for the patients having age more than 18 years with moderate to severe Atopic Dermatitis symptoms. This medication should be prescribed to those patients who haven’t responded to or cannot use topical medications.

"The takeaway message is that there are effective medications available that help relieve eczema symptoms and now can also target the underlying cause," says Dr.Boguniewicz. "People with eczema have been frustrated by the limitations of existing treatments. We're very excited by the new medications which were developed based on better understanding of atopic dermatitis. We expect additional therapies to be approved soon. An allergist has the right training and expertise to diagnose your eczema, and to help you find relief with the right treatments."