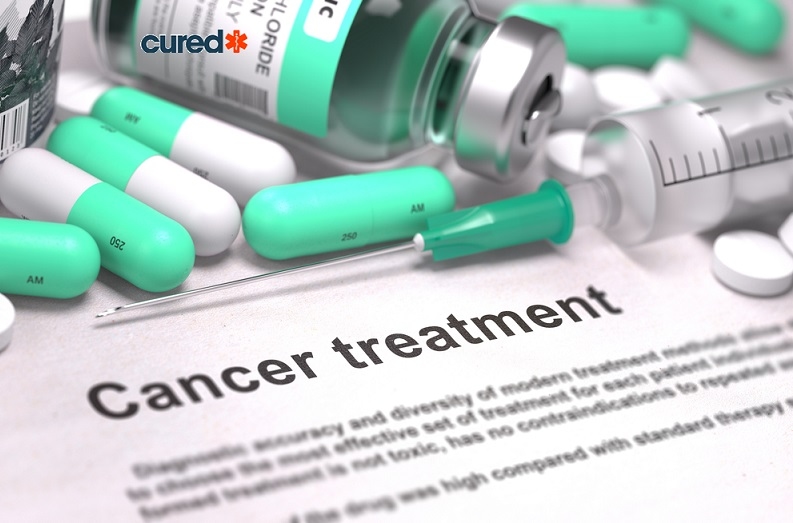 Ulixertinib, a new medicine which has been specifically made to target the genetic flaw common to most of the cancer cells has shown potency against most of the tumor types. This is a big win considering the fact that cancer cells were hard to treat in an atmosphere devoid of medical potency. The preliminary trial of the medicine was conducted and tried on 135 patients who had already failed the treatment for one of the varieties of advanced and solid tumors. Considering the sample size to be large, this trial implicated a firm beginning towards rebuilding the cancer therapy.

Dr. Ryan Sullivan, of Massachusetts General Hospital, who led the research and trial on the patients said that Ulixertinib did seem to spur at least a “partial response” to the therapy or “disease stabilization” regardless of cancer type.

"It was exciting to see responses in some patients," said Dr. Sullivan, an oncologist, and member of the Termeer Center for Targeted Therapies at the Boston hospital. "The results of this study can be built upon to develop better treatment regimens for these patients," he said in a news release from the American Association for Cancer Research (AACR).

How does the Ulixertinib work?

It might be interesting to know how cancer treating drug works in actuality. One of the Cancer specialists explained how Ulixertinib works on the cellular level. "It inhibits the MAPK/ERK pathway, which is a chain of proteins in the cell that communicates a signal from a receptor on the surface of the cell to the DNA in the nucleus of the cell," said Dr. Maria Nieto. "When one of the proteins in the pathway is mutated, it can become stuck in the 'on' or 'off' position, which is a necessary step in the development of many cancers," said Nieto, who happens to be a medical oncologist at Northwell Health's Huntington Hospital in Huntington, N.Y.

Ulixertinib effectively inhibits this broken cellular pathway, and that inhibition "can be therapeutically exploited in multiple different cancers such as melanoma, lung, colon, and low-grade ovarian cancer," she explained.

As per Dr. Sullivan, because Ulixertinib targets the ‘Final regulator’ in the MAPK/ERK pathway, it might avoid cancer cells’ typical resistance to drug treatment. It means that this inhibitor plays an important role in the drug administration. "A great number of cancers -- including melanoma and lung cancers -- have mutations in the MAPK/ERK pathway, and while current therapies target proteins in this cascade, many patients develop resistance to current drugs," he explained. "The common denominator in these failed therapies is that cancer has found a way to activate ERK. Therefore, the development of ERK inhibitors is a crucial next step to target this aberrant pathway," Sullivan said.

What are the side-effects of Ulixertinib in the trials?

If we talk about the side effects that Ulixertinib might have on the patients, it appeared to have a tolerable profile in that case. The side effects are mostly not particularly severe. As a matter of fact, this was still a very small Phase 1 trial and more trials would uncover more significant findings important for the drug administration. As per Sullivan, more large-scale trials are required to understand the limitations and other aspects of the drug on more diverse patients. As per Dr. Stephanie Bernik, who is the chief of Surgical Oncology at Lenox Hill Hospital in New York City, ‘Ulixertinib halts the message at the last stop before the signal can make it into the nucleus and creates a second roadblock, therefore halting the growth of the cancer cell.’ "This kind of therapy shows great promise and allows drugs to work synergistically, making it much harder for the cancer cell to figure out a way to continue to multiply and spread."

The study for the drug named ‘Ulixertinib’ was funded by the Drug’s developer, Biomed Valley Discoveries and was published in the December 15 edition of the AACR Journal ‘Cancer Discovery’. As per the US Food and Drug Administration, it has ordered to fast-track alisertib for development and potential approval.