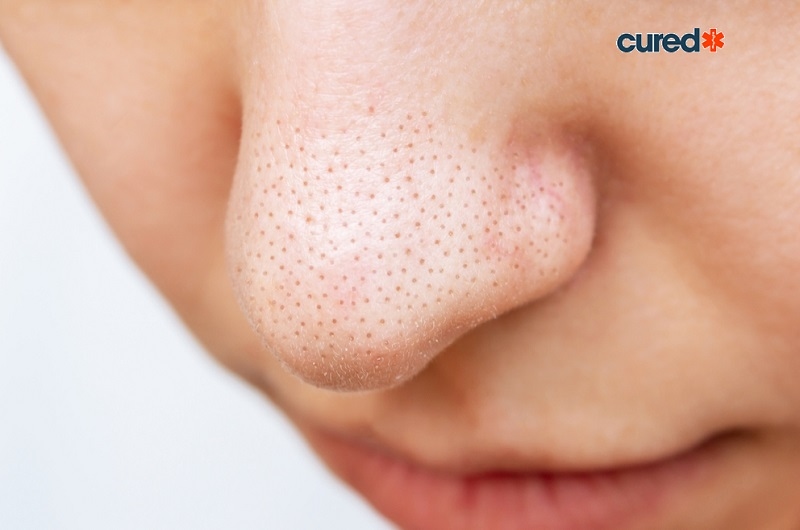 Blackheads can be termed as the small black bumps that get formed on the skin because of the clot formed in the pores by damaged hair follicles. These are called blackheads because of their appearance which looks dark or black. They can also be said as types of acne that usually get formed on the face but blackheads can also get formed on other parts of the body such as the back region, chest region, neck, arms, and shoulders too. It would be unfair to call it a disease but most of the adult men who do not regularly care for their faces have the problems of Blackheads. They are so gross that they have to be picked out while washing the face.

How does the Blackhead look?

Blackheads bring the shoddy look to your face. In the picture, check out how it looks.

Reasons for occurrence of Blackheads

The blackheads get formed when a clog or a plug gets developed when a hair is plucked and an opening gets developed in the follicles. Each of such follicles contains one hair and a sebaceous gland which produces oil to get the follicles intact. The oil is called sebum and it helps in keeping the skin soft. Sometimes it makes the skin too oily and that is also a problem which involves developing acne too. The dead skin cells and the sebaceous oils collect in the opening to the skin follicle which produces a bump called the comedo. If the skin over the bump does not open, it is called the whitehead while the opened up bump exposes with the air and gets darkened and called as the Blackheads. Some of the factors which increase the chances of developing acne and blackheads are as follows:

Production of too much oil by the sebaceous gland

Blackheads get easily exposed to the upper skin are readily visible directly from the skin part also. They are slightly raised and not so painful by nature because they are not inflamed like pimples. The pimples get formed when bacteria invade the blockage in the hair follicle causing redness and inflammation. They are black in color and can be plucked even with the nails. However, this is unhygienic and should not be used without protective covers.

There are various ways in which the blackheads can be removed from the skin. The treatment of blackheads is not too different from that of the acne. The medications are readily available in the form of cream, gel and pad form and contain ingredients such as salicylic acid, benzoyl peroxide, and resorcinol. They can be put directly on the skin and work by killing bacteria, drying excess oil and forces the skin to shed the dead skin cells. Your doctor can also suggest that you use stronger prescription containing Vitamin A which keeps plugs from forming in the hair follicles and promote