Soy is one of the most controversial food products in the world and its usage has always been put under scanner depending upon the type of people you ask it about. But as far as nutrition is concerned, people on both the sides agree to its versatile use. Often vegetarians complain of less food supplement of better nutritional value and soy has that unique ability to give them that.

What are Soy Chunks and their Use? 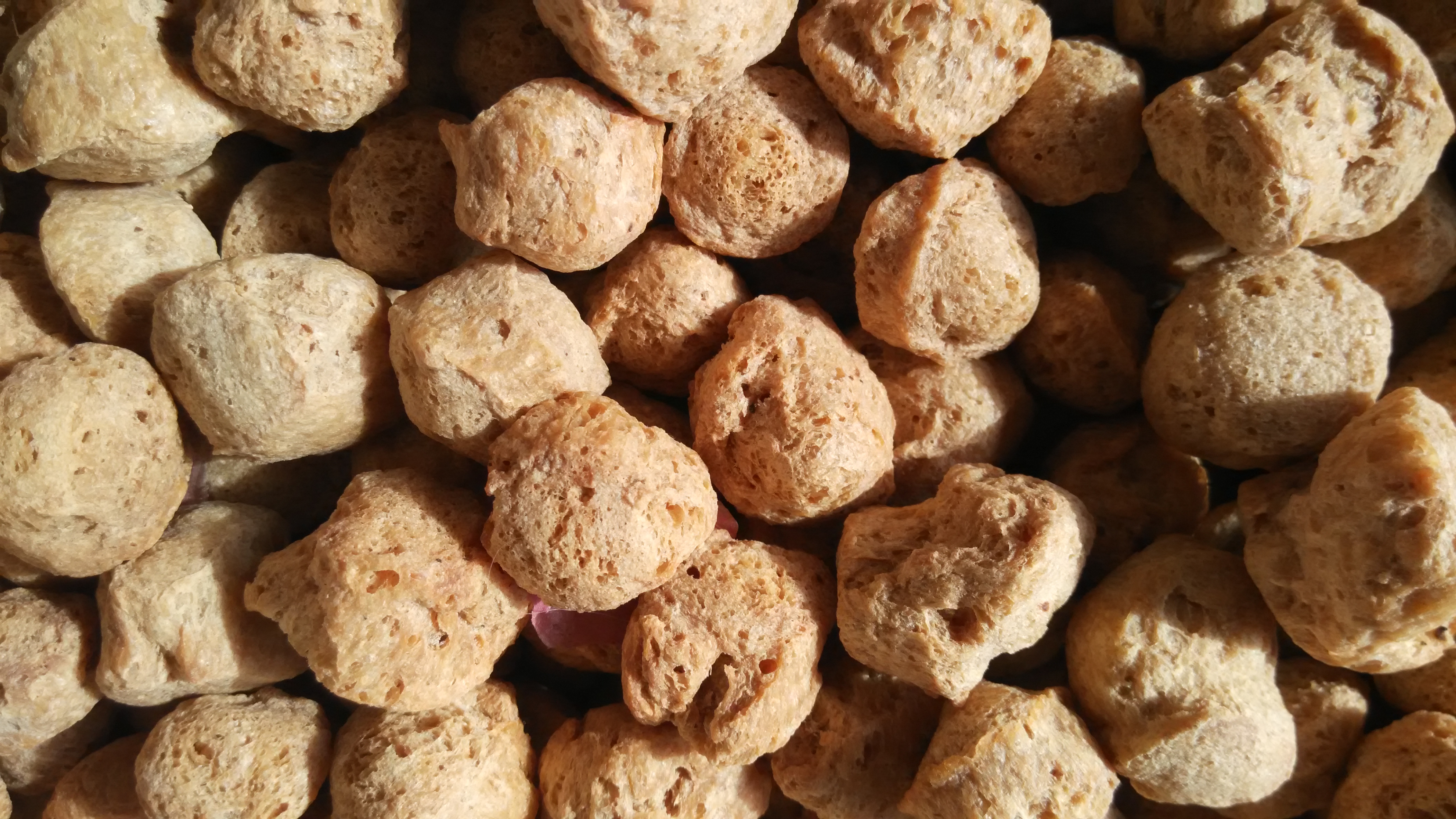 Soy Chunks are produced from soy beans who have their origins in the East Asia. They are now largely produced here in the United States also. They sometimes can also be used as the alternative for meat and chicken as they have similar nutritional values. They are used to make various food products and, in many ways, while used in the form of regular chunks, mini chunks and granules. Soy chunks can be eaten whole with their immature types also called edamame. But soy beans should not be consumed raw as they are poisonous that way. They can be used in tofu, soy milk and various other dairy products and meat substitutes. It proves itself worthy if used in fermented foods like miso, natto and tempeh which are commonly consumed in some Asian countries. More than 90% of the Soy produced in the United States is genetically modified to make it usable. The crops are sprayed with herbicide Roundup to remove all unnecessary elements present in the plants or the crops. But it is interesting to note that People rarely consume whole soybeans in the western countries and most of them use the fried ones.

The majority use of the Soy beans come from the refined products processed from the soybeans. Majority of the crop is used to produce soybean oil which is extracted using the chemical solvent known as hexane. What remains of the soybean after the extraction of fatty oil is called the soybean meal and contain approximately 50% protein. There can be further processing to extract soy protein in the powdered form. It has made its way into every processed food and hence most people are consuming soy without even knowing about it. Soy protein is also the major ingredient in soy-based infant formulas.

If we talk about the nutritional value in soybeans, they can be termed as potential powerhouse for it. It contains large amounts of Manganese, Selenium, Copper, Potassium, Phosphorus, Magnesium, iron, calcium, Vitamin B6, Folate, Riboflavin (B2), Thiamin B1 and Vitamin K. A 100-gram portion of it contains around 173 calories, 09 grams of fat, 10 grams of carbs and 17 grams of protein also. They can be considered as an excellent source of proteins, not as good as meat or egg but certainly better than other proteins but it is advised that the soy should not be processed at a higher temperature in order to not let the nutrition go away.

Some Health Benefits of Soy

Soy is great for health and it has typical role in curing the benefits for our health. Some of them include cholesterol lowering effects while also reducing total and LDL cholesterol without any adverse effect. It thereby leads to decrease in the heart disease as well. There have been some research which also reflects that the soy can reduce the risk of prostate cancer in the old age which also happens to be the most common cancer in men.