Cure of cancer and other benefits of Turmeric 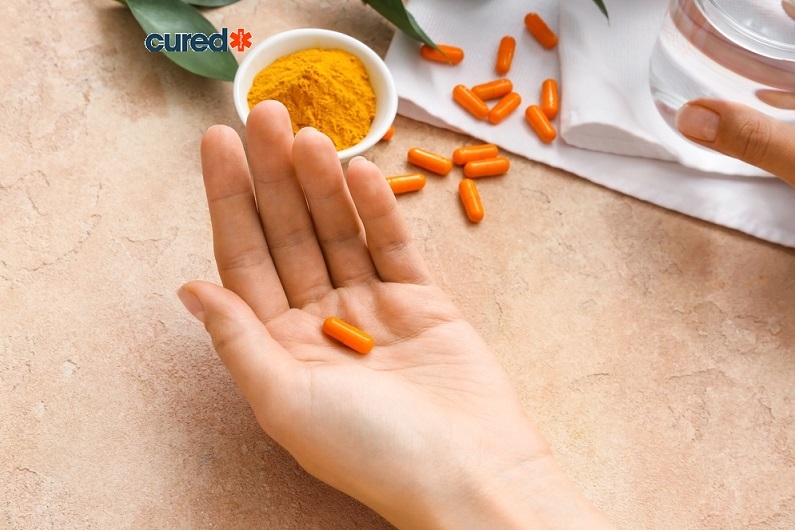 Turmeric is a ground rhizome and dried part of the herbaceous perennial flowering plant. It is scientifically known as Curcuma longa which is the name of the plant from which the herb is derived. Turmeric is derived from Latin word terra merita which means meritorious earth. Turmeric is a cousin to Ginger and is grown extensively in Southeast Asia and Central America. It has been used for thousands of years as a Spice and medicinal herb. It is a powerful anti-inflammatory herb and is also used to treat a variety of ailments. The compounds in turmeric or curcuminoids (common name) includes curcumin, bisdemethoxycurcumin, and demethoxycurcumin which has other benefits for human health. Turmeric can delay the onset of diabetes and cure cancer.

Curcumin: Responsible for the cure of cancer

Curcumin is the active ingredient and is less than 3% by weight. According to the studies, curcumin halts an enzyme which is responsible for converting the toxins in our body into carcinogens. It also helps in improving the digestive system and reducing stomach problems. It has high antioxidant property and also helps in eliminating the free radicals from the body. This particular property is responsible for the cure of cancer. The antioxidant properties also improve the skin by protecting it from free radical damage due to environmental pollutants. Curcumin is not absorbed very well in the bloodstream, however, when this turmeric is consumed with black pepper, absorption increases due to a substance called piperine. There are numerous other benefits of Curcumin which include sound mind, healthy heart etc.

Other benefits of turmeric

Negative side effects of turmeric

Although turmeric has a huge number of benefit, however, over-consumption of turmeric can cause irritation. It stimulates the stomach to produce more gastric juice which may or may not help in digestion. It also has blood thinning effect due to which it can make a person bleed more easily. Although the exact reason is unknown, people who take blood-thinning drugs should not consume high amounts of turmeric. It can also stimulate contractions in pregnant women so they should avoid taking turmeric supplements during their pregnancy. It is also important to understand that turmeric cannot fully cure cancer. It simply reduces the possibility of development of cancer cells.