World Metrology Day: How Do Measurements Help Us? 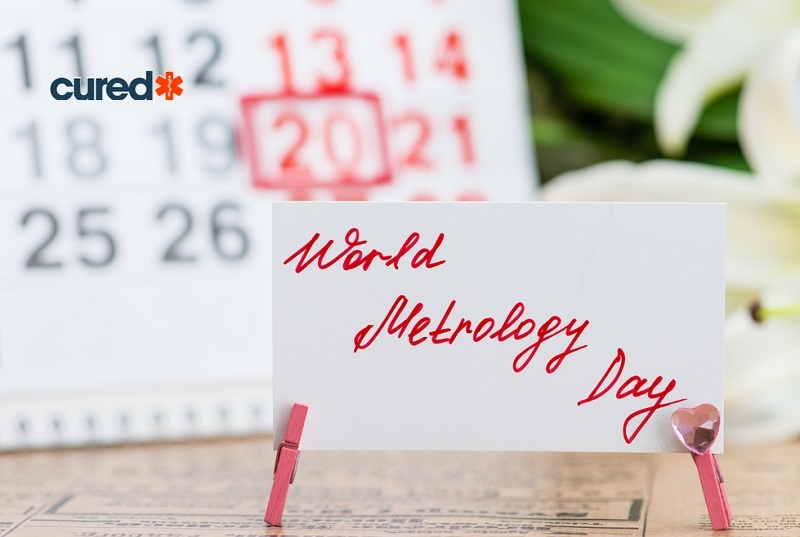 It is nearly impossible to imagine the contemporary world beyond measurable standards. A thriving community would not be possible if not for essential metric systems needed in everyday life. The human race has created precise standards for physical properties, without which it would be impossible to perform daily tasks. In all aspects of our lives, we measure something. The paradox is that we tend to take the measurement for granted, and we do not fully grasp just how much we rely on it. Despite being so heavily influenced by measurements and used to them, we often forget their relevance. Statistical methods are only realized as their significance when they malfunction or are unavailable. Only when we lose something, do we truly realize what we had.

A valuable holiday - World Metrology Day - is observed each year on May 20th, when the Meter Convention was signed in 1875. Most people rarely think about the concept of metrology. Almost no one outside of a few specific industries has any idea what metrology is, but it plays a vital role in almost everything these days.

The point of assessment is that if we were to live without it even for a single day, we would realize just how important it is to our everyday existence. It would be impossible to get through a normal day without the measure. In the evening, as you lie in bed contemplating how and when you are going to get up the next morning to go to work, you begin to wonder. If there were no measurements, there would be no timepieces or wake-up calls to ensure that you wake up at predetermined times. Nevertheless, if there are no indicators of time, then no one can ever tell whether you are late or not. In the absence of measurement, being on time would cease to exist. This makes the observance of World Metrology Day all the more important.

Making breakfast or coffee can't be done on a conventional stove since traditional appliances are based on identifying time or temperature. Neither would a refrigerator work because refrigeration requires measurements to keep food and beverages at a certain temperature. Due to the use of onboard computers in today's cars, you could not drive while commuting to work because electronically controlled ignition systems, automatic transmissions, brakes, engine temperatures, and throttle settings are all controlled by measurements. There would be no way to measure how much fuel, oil, or transmission fluid your vehicle had since there would be no way to check the levels without a fuel gauge or dipstick.

Whether you drove a car or not, you would not know how fast you were going since there would be no speedometer. However, the police would never be able to stop you from speeding because there would be no radar to enforce the speed limit if there was no measurement. The existence of traffic laws would be unimaginable without measurements.

In our world, we are able to take measurements thanks to technology. Instruments for measuring improve the quality and quantity of life and make living a more enjoyable and safer experience. On the occasion of World Metrology Day, it is conceivable that the capability of calculating physical properties accurately confers a great survival advantage on humans developed through natural selection over many centuries. The ability to measure physical properties may therefore have been selected by evolution.

The main purpose of Behavioral Measurement Database Services, which produces the Hapi database, is to compile complete, reliable statistics about tools used in a wide range of disciplines, including medicine, healthcare, social work, and organizational behavior.

In recognition of the critical role of measurement in health research and practice, the Health and Psychosocial Instruments (Hapi) database has been developed to improve access to measurement instruments in the health and psychosocial sciences worldwide. Furthermore, greater accessibility to quantitative techniques will enhance the legitimacy and accuracy of scientific research. Having accurate metrics is crucial to contemporary life, without which it would not be possible. In other words, without metrics, we would be lost.

Overview of the Metric System of Measurement

As a way to measure length, mass, and volume, a metric system uses standard units such as meters, kilograms, and liters. In the early 1800s, it was introduced in France, and now it is used by many countries around the globe. Based on the international decimal system, this system measures length, weight, and area. Based on World Metrology Day themes, additional units of measurement are derived in the unit conversion system. It is not uncommon for the needed unit to be either larger or much smaller than the specified units.

There are three countries where the metric system has not been adopted as their official system of weights and measures: the USA, Liberia, and Myanmar. The United States uses its own unit system for measurements. There are four basic US customary unit measurements of volume: fluid ounces (fl. oz), cups, pints, and gallons. A fluid ounce represents a unit of volume, and an ounce is a unit of mass. The volume and weight of a fluid ounce are the same. It is uncommon to use other units like pecs (1 peck = 2 gallons) and barrels (31.5 gals). Let us look at the conversion from one unit to another. 1 cup = 8 fl oz. 1 pint = 2 cups. 1 quart = 2 pints, 1 gallon = 4 quarts.

The most commonly used weight measurements in the US are ounces (oz), pounds (lbs), and tons (ton). There is little use of smaller units such as the dram (grain weight). Let's examine how different units are converted. A pound equals 16 ounces, and a ton is 2000 pounds. There are two variants for the ton. In the United States, 2,000 pounds equals a short ton, while 2,240 pounds equals a long ton. A short ton is what we mean by a ton in general.

People who use the measurement tools, record results, or interpret those results must have an excellent understanding of both the tools and metrology principles to make sense of these results. Metrology affects everyone. It has had a major impact on the lives of scientists and engineers and on those of us who fill our cars with gas, buy sacks of flour, plug headphones into our phones, and much more.

By conforming to metric systems worldwide, we can find corresponding components and purchase things based on weight or volume at the right cost. Additionally, a universal metrology system facilitates global trade, technological development, and even consumer safety. Besides detecting the amount of potassium in your food and whether your water has been tainted with harmful bacteria, metrology is also used to detect the amount of sodium in your air. The objective of World Metrology Day is to raise public understanding of these reasons why precision gauging is crucial.