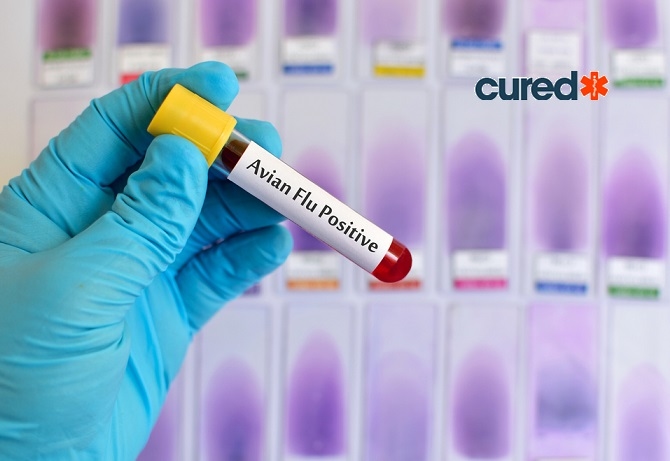 Humans rarely contract bird flu, which is caused by an influenza virus. It has been discovered that bird flu can take a variety of forms, including H5N1 and H7N9, two strains that have primarily infected humans over the last few years. It is possible for bird flu to be fatal for humans in the event that it strikes.

Asian, African, North American, and European countries have been affected by bird flu outbreaks. There has been close contact between people with bird flu and those who have developed symptoms of the disease. It has been reported a few times that bird flu can be spread from person to person. The number of cases of human infection has been sporadic since 2015.

The virus may mutate into a form that is more easily transmitted from person to person, leading to a global outbreak. In order to protect people from bird flu, scientists are developing vaccines. Bird flu viruses only spread to a few people when they have been infected. It is very rare for them to spread to close contacts. Nonetheless, since bird flu viruses may evolve and become more easily spreadable among people, to protect public health, it is essential to monitor the spread of viruses from one person to another.

Wild waterfowl carry bird flu, which can spread to domestic poultry, including chickens, turkeys, ducks, and geese. Contact with feces, nose, mouth, or eye secretions transmitted by an infected bird can spread the disease. Open-air markets are hotbeds of infection and can spread disease into the wider community if eggs and birds are sold in crowded and unsanitary conditions.

Bird flu can be transmitted through undercooked chicken meat or eggs. It is safe to eat poultry meat that has been cooked to a temperature inside of 165 F (74 C). The yolks and whites of eggs should be firm when they are cooked.

Contact with sick birds or surfaces contaminated by their feathers, saliva, or droppings appears to be the greatest risk factor for bird flu. A mystery remains about the pattern of transmission from human to human. However, infected birds pose the greatest threat to humans unless the virus spreads more easily among them.

There are a number of life-threatening complications associated with bird flu, including:

Since so few people have had bird flu, the number of fatalities remains low despite bird flu killing more than half of the people it infects. According to the World Health Organization, less than 500 birds have died from bird flu since 1997. On the other hand, seasonal influenza is estimated with thousands of deaths each year in the United States alone, according to the Centers for Disease Control and Prevention.

In order to prevent infection with one strain of the H5N1 bird flu virus, a vaccine has been approved by the Food and Drug Administration. There is no public availability for this vaccine, but it is being stored with the U.S. government in case of an outbreak.

It could provide limited protection during such an outbreak until another vaccine is developed and produced that protects against the particular form of the virus causing the outbreak. Another type of bird flu vaccine is being developed by researchers.

These public health recommendations should be considered if you are traveling to Southeast Asia or any other region where bird flu outbreaks have occurred:

It is not possible to diagnose bird flu virus infection based solely on clinical signs and symptoms; laboratory testing is required. A swab of the upper respiratory tract (nose or throat) of a sick person is usually used to diagnose the presence of the bird flu virus. In the first few days of illness, a swab must be collected to ensure accurate results. Patients with critical illness may also be able to fall infected with the bird flu virus through the collection and testing of lower respiratory tract specimens. The detection of bird flu virus in specimens may be difficult in some patients who have recovered fully or are no longer very sick.

A new publication has been released by the Centers for Disease Control and Prevention (CDC) on how to test, collect, and process samples from patients who might be infected with an avian influenza A virus.